What better way than to start 2015 than with Zakk Wylde on the cover. We caught up with him to talk about everything from guitars to Catholicism. Plus we have photos from Black Label Societys’ tour with Hatebreed and the Butcher Babies. Speaking of photos we decided to look back at the Best of 2014 picture style with a photo special. Along with interviews with Battlecross, Clutch, Lionize, Torche and we even went into our vault to bring you some other special features. This plus album reviews, live coverage and much more. READ BELOW OR CLICK HERE 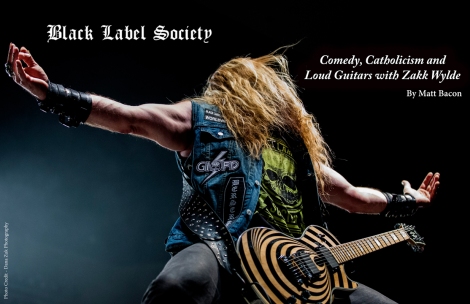 A true heavy metal legend, Zakk Wylde blew us away with his humor and kindness, truly bringing heavy metal to people of all generations.
READ FULL INTERVIEW ON PAGE 44

Battlecross: A Band For This Time and Place:  An Interview with Hiran Deraniyagala

Heavy metal masters who are on the brink of becoming true lords of the genre, Battlecross are one of the most exciting bands out there today. It was an honor to sit down the always eloquent Hiran Deraniyagala and learn about what makes his music so special. READ FULL INTERVIEW ON PAGE 36

There is no better way to look back at the past year than in pictures. We went through our issues and our vault of photos to reflect the best of 2014 and some of our highlights. Plus some of our photographers look back at a few of their favorite photos and events.  STARTS ON PAGE 56

Tim Sult is a truly interesting individual, a guitar god with the demeanor of a dentist, he’s a cool dude to get to talk to. We sat down for about fifteen minutes and discussed his upcoming record and the future of the band, it seems like we have promising things to come!  CATCH HIS THOUGHTS STARTING ON PAGE 30

PLUS MANY MORE INTERVIEWS HERE

From the Vault
– Accounting, Hating on Season of Mist, and Music with KEN Mode
Blackened Sprinkles’ – Interview With Josh Lemore of Cattle Decapitation

PLUS NEWS, PHOTOS, EDITORIALS & MORE MUCH MORE ALL FREE
READ BELOW OR CLICK HERE