A diverse group of songwriters brought their skills to the Alcazar Theater in Carpinteria, Saturday night November 4th. The intimate acoustic evening was organized by Ones To Watch Productions, the musical promoters who have brought a wealth of Americana music to local venues in Southern California. The historic 200 seat non-profit Alcazar theater, which was recently remodeled boasts accidentally perfect acoustics, due to its architecture. The tiny movie theater which doubles as a live performance hall has been a community treasure in the small town of Carpinteria since it first opened nearly 90 years ago. Volunteers served donated locally brewed beer and wine for $5 a glass and took bids on silent auction items like a surfboard and other surf related items.

The concert featured four diverse singer-songwriters playing original songs on acoustic guitar. The event was organized by Surfrider Foundation spokesman Tim Curran. The former pro surfer and local resident opened the acoustic evening with some deeply personal music. The singer-guitarist played songs from his three albums and one EP of original music as well as some newer songs. The shy understated performer is actually a master songwriter creating an extensive library of very personal songs. Curran jokingly apologized for his last performance at the theater, when he forgot the lyrics to one of his songs. But the personable singer captured the crowd’s attention with songs like the one about his grandfather that was dying in the hospital but still flirting with his grandmother.

Johnny Two Bags, best known as the longtime guitarist for the iconic California punk band Social Distortion, took the stage next playing a set of mostly original Americana roots music. The personable singer-guitarist played songs from his solo album Salvation Town and new songs. The performer seemed to enjoy the intimacy of the theater noting that he had played there before. It was a quite a contrast with his performance the weekend prior with Social Distortion. That appearance at a punk music festival in Orange County attracted a crowd of over 40,000 people. The songwriter credits his father who used to sing and play guitar in bars as his inspiration for his solo work. On his Facebook page, the performer wrote about the benefit concert, “I haven’t played a solo gig in over a year, so I’m really looking forward to this. It’ll just be me and my old J45 on this one!” He ended his set with a duet alongside singer-songwriter Jaime Wyatt. 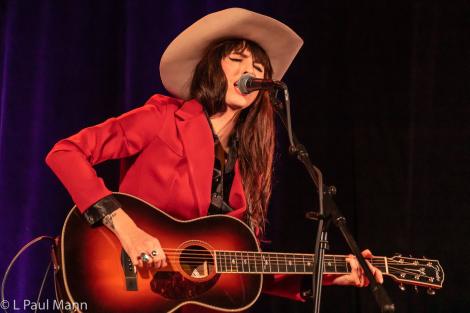 Wyatt returned to play her own set after a short break. The California alt Country performer blends Americana roots music into a pleasing folk sound that showcases her singing and songwriting skills. According to her website bio “Wyatt is a striking figure with an old soul and a voice like a force of nature. Regardless of genre, the Los Angeles-based Wyatt is a dynamic performer, who sails naturally between vintage ‘60s and ‘70s country/rock ’n’ soul anthems and heartfelt country ballads of love and corruption. Country radio station 95.3 The Bear recently named her, alongside Sturgill Simpson and Margo Price, as “one of the country artists you may not have heard of, but need to hear.” The singer-guitarist showed a personable style at the benefit concert offering up anecdotes about being on the road and expressing gratitude about being home in California. The singer, who embraced the harmonica on several songs, as well as her guitar, is actually reminiscent of folk singers from the past sometimes sounding eerily like folk singer Tracy Chapman.

The show closed with a headline set by Foo Fighters guitarist and local resident Chris Shiflett. The guitarist has just begun a solo tour after coming off a massive Foo Fighters tour which sold out arenas and music festivals across the country. Shiflett played a carefully crafted set of 16 songs around an Americana theme. The singer-guitarist played songs from his solo recordings including his country-tinged side project the Dead Peasants. He even threw in a few classic American covers including songs by Merle Haggard and Buck Owens. It was a magical night of original songwriting mixed with vintage Americana, perfect acoustics and a warm hometown crowd. 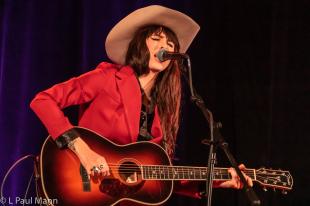 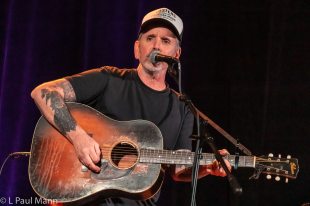 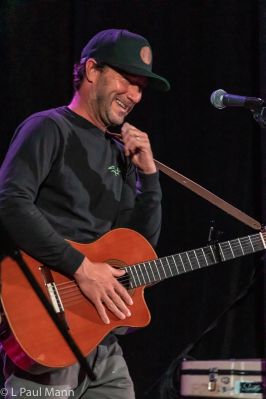