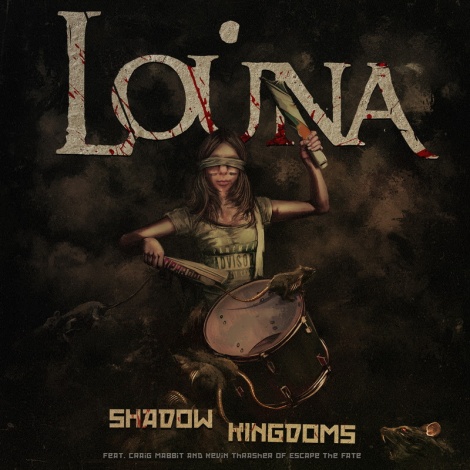 Top Russian group Louna have released their first single from the forthcoming full English language album Panopticon (release on Dec 13th on Sliptrick Records). The track is a classic piece of hard hitting, alt rock entitled Shadow Kingdoms and along with Lousine Gevorkians inimitable voice, the track features guest appearances from Craig Mabbit and Kevin Thrasher of Escape The Fate.

Panopticon features 10 of the best songs from their We Are Louna and Brave New World Russian albums, with text adapted into English by Travis Leake in collaboration with Dan Korneff (Paramore, Papa Roach, etc.). Each song on the album has been updated with additional instrumentation and have been remixed and remastered to reflect the band’s truest vision. Panopticon is available on pre-order from Shop Sliptrick …here