What a year and we are ending with an amazing issue. Firstly we are very proud to end the year with Talib Kweli cover who gives Vandala an insightful and passionate interview. We also caught up with the globe-trotting Frank Turner while he was in Canada. Also, we have interviews with Freeze, Joel Grind of Toxic Holocaust and Jake Burns of Stiff Little Fingers. Plus lots of live coverage including the 40th Anniversary of Exodus with the Marley Sons. Along with Barenaked Ladies, Jay Z, Jonny Lang and more. This, plus our regular features.   READ HERE FREE 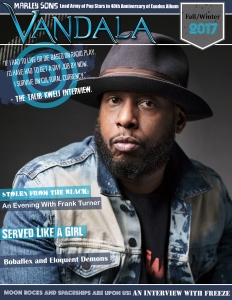 “If I had to live or die based on radio play, I’d have had to get a day job by now. I survive on cultural currency.” The Talib Kweli Interview […]

Stolen From the Black: An Evening With Frank Turner [p.22] 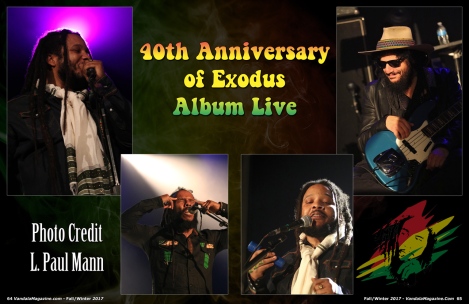 Moon Rocks and Spaceships Are Upon Us! Interview with Freeze [p.44]

* Jay Z: The 44 Tour, Rogers Arena Vancouver, BC
* What does Atlas Genius do backstage after a show, on their North American Tour?
* No Rest For Stiff Little Fingers:Interview with Jake Burns
* Out of the Fire: An interview with Joel Grind of Toxic Holocaust
* Dustin Griffins Ten Best Album Picks of 2017
* Curtis Harding – “Face Your Fear” (Soul)
* Bobaflex “Eloquent Demons”(Rock)
* Cyhi The Prynce “No Dope On Sundays” (Hip Hop)
* Lindsey Stirling “Warmer in the Winter” (Christmas)