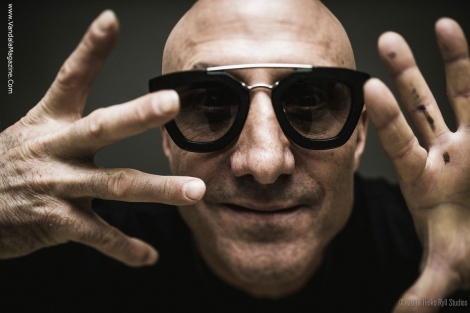 You always know when a rock star is in the room. A real rock star. Someone who has had a good career in the music industry. There is an energy combined with ego and confidence that can only come from someone who has moved thousands or even millions of people with their music.

On a cool spring evening in an Edmonton Alberta’s oldest theater a local film festival was being presented and that night one of the most famous drummers in music history walked into the theater, grabbed a bag of popcorn, a beer and proceeded to watch a documentary on the son of Evil Knievel.

Kenny Aronoff, you may not know him by name but you have heard him play drums. He has played on more than 300 million sold albums with practically every recording artist from the past 30+ years. Everybody has air-drummed his memorable fill in John Cougar Mellencamp’s #1 hit Jack and Diane. He is a master in the craft of rhythm and it was an honor to spend 24 hours with him. This is a recap of our day together.

“You have to hear this,” Kenny said to me.

I was tasked to hang out with Kenny as I am a drummer (34 years) and a local music photographer and sit on the board of the Northwest Fest film festival.

“You are the second person to hear this. It’s a new song I worked on with Sammy Hagar and Run DMC.” Kenny was so stoked while telling me this.

“Nothing really, don’t know if it will ever get released or just play it live sometime. I’m Sammy’s drummer and going to play at his 70th birthday party this year in Cabo San Lucas.” Kenny replied. He had no problem sharing the song and letting me know that the best snare sounds come from die-cast hoops. This was the extent of the drumming tech talk.

My photography career has put me in front of a few famous people and I am never starstruck. Maybe that is why we got along so well right out of the gate. I didn’t ask any “Fan” questions, we just talked about how good the popcorn and beer were. After many stories that included John Cougar Mellencamp, Keith Richards, and the Beatles, Kenny wanted to head back to the hotel and create some charts for songs that he will be recording when he gets back to his home studio after the weekend.

“I would be honored to come to your studio tomorrow for a photo shoot.” Kenny told me after I asked if after his talk and book signing we head up to my studio and shoot a couple rolls of film.

That next day started off with a simple breakfast in The Needle, Edmonton’s newest music venue, and Kenny doing a Q and A with Guy Lavallee, the organizer of Northwest Fest, followed by a book signing. Kenny’s latest book “Sex, Drums and Rock n Roll” chronicles his full career and is peppered with great stories of when he was fired from Mellencamp’s band but told John that he would not leave, back to when he was taking lessons from Vic Firth, who taught him about discipline and perfection.

Kenny is a natural in front of the camera and as we did our session in my studio he told me about a documentary that he is working on about his life that will be shot all of film and sponsored by Kodak. Kenny lamented many times through the day how grateful he is for everything that he has achieved and for all the people in his life.

A strange thing happens when you are around a famous person for a while. You actually forget about the fame and see the real person. Everyone is the same deep down. Once the guard goes down and they don’t have to be “On” the conversations get really good and deep and you get to see the real person. Kenny shared great successes and failures with me, happy and sad times and I will never forget that first night just before the movie started he turned to me, took off his glasses and while tearing up told me…

“I don’t want to die. There is too much that I still need to do in my life.”

Then reality kicked us back in the face when after buying him his dinner at a local diner a man came up and told Kenny that he was the guy who polished his cymbals back when John Fogerty played a benefit for a fire in Fort MacMurray. Then the people started to come out and Kenny was “On” again. Always a professional and never treating anyone differently. He would talk to everyone, shake their hand and give them his full attention. That’s how someone can maintain a career in the music industry.

That night Kenny presented the documentary “Hired Gun”, a movie about the musicians behind the scenes, who don’t get the glory, or the pay but do it for the love of the craft of creating music. He told the audience of how great the old days were and how he has had to adapt to continue to make a living but has always just been a nice guy.

“I’m not the best drummer.” He kept repeating.

It’s the humbleness, gratitude and incredible work ethic that has kept him working all these years. People would be shocked to see how hard he has to hustle to get the next gig, he is always networking and connecting with people to make sure he is the one laying down the drum tracks to their next number one song.

The time I got to spend with Kenny was life-changing. Music is in my blood and even though I still play gigs once a month it keeps flowing through my photography. 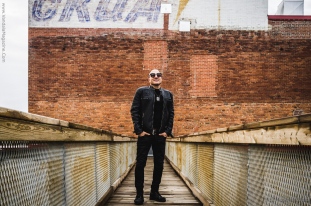 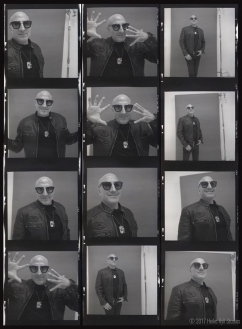 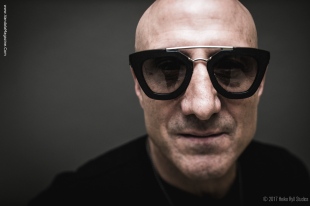