THE CHARM THE FURY – Release Their Full Set From Pinkpop 2017! – Lucy Rose is set to release her third record Something’s Changing July 7 in North America via Arts & Crafts. The album is accompanied by a fly-on-the-wall short film documenting […]

Mass Sky Raid Release Single & Video for Closer and Announce Launch Shows – Mass Sky Raid are getting ‘Closer’ to their fanbase and to the world with their new single and very first video. The wall-of-sound single is their most impressive outing yet […]

Lucy Rose Shares New Video “No Good At All” From Upcoming Album + Tour Dates  – Lucy Rose is set to release her third record Something’s Changing July 7 in North America via Arts & Crafts. The album is accompanied by a fly-on-the-wall short film documenting […] 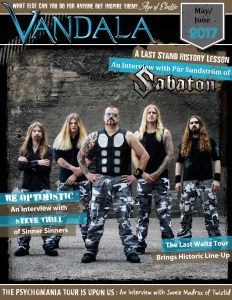 MUTEMATH Return With New Single “Hit Parade” – Listen NOW – GRAMMY-nominated electro-experimental rock band MUTEMATH are excited to announce that they will be unveiling their most progressive work to date with the release of their fifth studio album, Play Dead. The […]

Son Little Returns With New Magic – Listen Now – NPR Music wrote of the musician and Grammy winning producer, “Son Little doesn’t strive to reproduce his influences; he recombines them into something new.” And on New Magic, his second […]

Saliva Announce Only The Sickest Survive Tour – Multi-platinum and Grammy nominated hard rock group SALIVA announce headline dates for their summer Only the Sickest Survive tour. The first leg of the tour starts this week on June […] 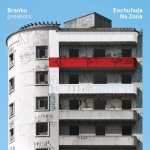 Reggae Band EarthKry Release Lead Single from Forthcoming Album – Since the critical acclaim success of their debut EP “Hard Road”, reggae and music lovers have been clamoring and anxiously waiting to satisfy their soul with […]