November we have the honour of having Southern Spitfire Tech N9ne on the cover with an in-depth interview about his albums and label. Death Metal band Krisiun is hard on the road and drummer Max Kolesne made time to chat with us. Plus with a 7 year break between albums Adam Blake of H20 sat down to talk about the new album. We were also busy in the rain, cold, heat, you name it to catch some of the best live music out there with ACDC, Slash, Paul Brandt, Dean Brody,  Lockn’ Festival and more. This and many more interviews, reviews and much more in this month’s interview.   READ HERE FREE 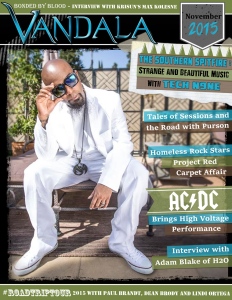 Tech N9ne has been testing and bending the boundaries of hip hop for years, collaborating with everyone from Slipknot to The Doors to Kendrick Lamar and Eminem. This past May Tech released his 15th studio album Special Effects to rave reviews and has already named his follow up album for 2016, as well as a Strange Music collaboration project called Strangulation II. We talked to Tech about Special Effects and all manner of strange and beautiful music. Read on Page 58 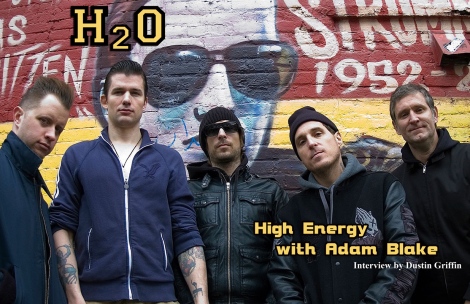 7 years on from their last album of new music Nothing To Prove, Use Your Voice is H2O’s sixth studio album (not including 2011’s covers album Don’t Forget Your Roots). It’s filled with the same brand of high energy, catchy, positive punk rock the band is known for. Adam Blake, who has been the band’s bassist since 1997, spoke to us about the new record, the history of the band and the state of music in 2015. Read on Page 50 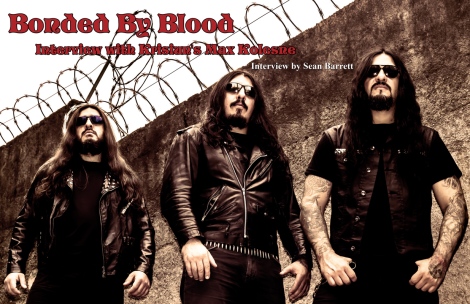 A hallowed name in the Death Metal world, Krisiun, and the three brothers from Brazil who form it, have been delivering lightning-fast technical brutality in nomine Satanas for 25 years . As the Metal Injection’s Devastation Across The Nation tour wound down on its East Coast leg, Vandala had a chat with drummer Max Kolesne in a warehouse-like back room of Philadelphia’s Voltage Lounge. Read on Page 44 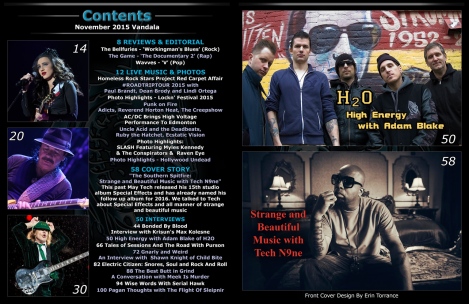 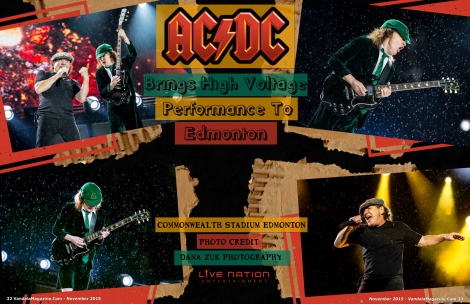 Tales of Sessions And The Road With Purson
Gnarly and Weird – An Interview with Shawn Knight of Child Bite
Electric Citizen – Snores, Soul and Rock And Roll
The Best Butt in Grind – A Conversation with Meek Is Murder
Wise Words With Serial Hawk
Pagan Thoughts with The Flight Of Sleipnir