The Central Coast of California has become a bit of a no man’s land for hard rock and especially heavy metal bands since the dawn of the millennium. Santa Barbara County, home to copious amounts of live pop music has seen very little in the way of hardcore rock as of late. One of the last great heavy metal shows at the Santa Barbara Bowl was by the infamous rock band Tool in 1999. That amazing show landed the group a $50,000 fine for playing after the 10 PM curfew and playing too loud. In fact, a new sound ordinance was put into place after that show, and there hasn’t been a particularly loud rock show there since.

To the south in Ventura County, an occasional metal act will make it to the relatively small Ventura theater venue. To the North, the tiny SLO Brew venue also hosts an occasional metal show. But for most hardcore rock fans in the Tri Counties a long drive, North or South is the only way to catch a headline head banger band. 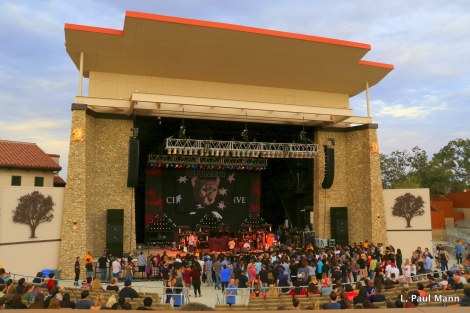 The most unlikely of venues, the pristine Vina Robles Amphitheater in Paso Robles California has set out to change that unfortunate scenario. The gorgeous new amphitheater, in a spectacular rural mountain setting, has joined with Nederlander Concerts to bring big name hard core musical acts to the region. On August 2nd the venue hosted a double bill of hardcore rockers AF and Circa Survive. The beautiful outdoor venue, which barely holds 3000 people, is just big enough to attract headline acts. But virtually every seat in the house is visually and audibly a good one. The venue features wine by the glass or bottle from local vintners, beer from local brewers and gourmet food including wood fired pizzas and organic hamburgers. The affordably priced offerings along with free parking make the venue one of the best concert deals in central California. An 11 PM curfew ensures plenty of time for bands to finish their sets. But the best part of the venue for hard core music fans is the booming sound system. Without another structure in sight, the rural venue can blast the music as loud as they like. The amphitheater is topped with a massive PA high in the sky. 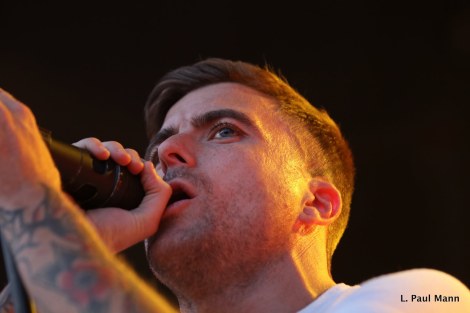 The venue suited hardcore music fans and players alike at the show Wednesday night. Michigan rockers Citizen opened the show with a respectable set while the hot summer sun was still beating down on the venue. Many fans took advantage of the park like setting and retreated to picnic benches or the back lawn to watch the band from afar while eating and drinking copious amounts of goodies. The band’s sound carried perfectly even to the very back lawn section. The band tire threw a short set with a respectable reception from the audience.

By the time Post Hardcore rockers Circa Survive sauntered on stage just at dusk, a large crowd had already gathered in the pit area. The Philadelphia rockers are veterans of the music festival circuit and are about to release their sixth album, “The Amulet,” next month. Over the last 13 years, the band fronted by charismatic lead singer Anthony Green have developed a loyal following, with many in the audience singing the chorus of the band’s most well-known songs. Those with knowledge of the band know that Green and his bandmates are deep thinkers as well as hardcore musicians. The band’s first album took inspiration from “The Eternal Sunshine of The Spotless Mind.” The album also features a hidden track based on the novel “House of Leaves.” Green has incorporated his fights with emotional demons in his music and as a result becomes a whirling dervish of a performer. The animated singer leads his band into hardcore jams that had the crowd roaring its approval. 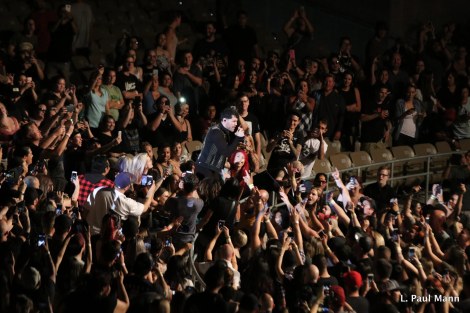 It seems hard to believe that the hardcore rock band AFI has been around for 26 years, especially since the animated lead singer Davey Havok is still only 41. But it was evident that as many of three generations of bands swarming the stage at the Paso Robles show have been following the band intently. Even before the band took the stage in the hot summer night air at 930PM, fans began a chant of “We are one through our bleeding” anticipating the traditional show opening song “Strength Through Wounding.” The band did not disappoint opening with that song and proceeding to wow the crowd with a 14 song set that had the audience screaming most every chorus. At one point midway through the show Havoc leaped off the stage and ran to the middle of the amphitheater and sang a song swarmed by music fans. The songs came from most of the bands ten albums including their newest one simply titled “AFI.” The set list included material as far back as 1999’s “Black Sails in the Sunset” and all the way up to the new “AFI” album. Fans responded went wild for some of the band’s radio hits including “Girl’s Not Grey,” and “Silver and Cold,” “Beautiful Thieves” and “Miss Murder” made up the smoking encore.

It was a great night of hardcore music, and the venue is doing it all over again on Tuesday night August 8th with a show by the legendary band Slayer, one of the Big Four in Heavy Metal and Lamb of God in a blockbuster hardcore double bill. 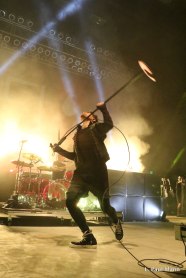 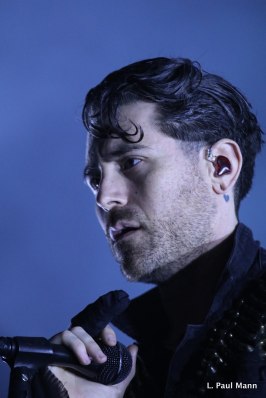 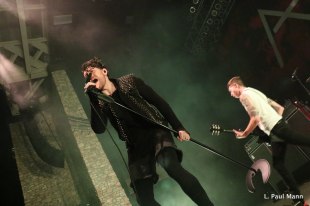 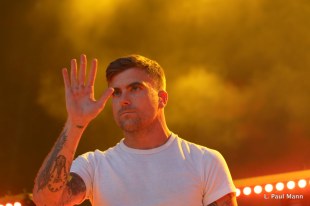 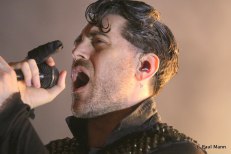 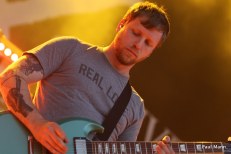