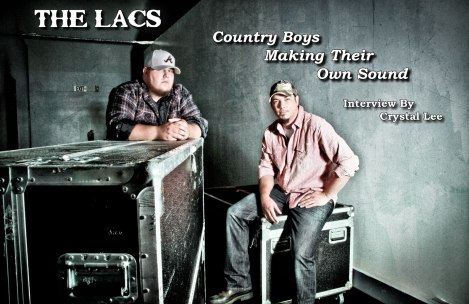 For those who do not know the Lacs they are two country boys from Georgia who have just released their 4th album “Outlaw in Me”  which is infused with southern rapping/hip hop with a country sound along with a little rock. There latest album is diverse from good ol’ country songs to jamming club songs though many would say that you have to be cohesive on your sound.

Well those people would be wrong when it comes to The Lacs. They are doing things their way and its working with debuting at #3 on Billboard’s Top Country Albums, and hitting bigger stages on their tour such as the CMA Music Festival June 14 on the Bud Light Stage.

While on tour I caught up with Clay “Uncle Snap” Sharpe via phone. Both of us battling the summer heat and lack of sleep. Right off hearing that southern accent just made my day. As many don’t know I am a country girl born and raised and talking with American country folk is just like talking to a neighbor back home. Clay overall is just purely humble, honest and just pure country soul and as you can read passionate about The Lacs Music.

Thank you so much for your time since I know you are on the road. You just started your tour and how is that going?

Clay: Its going great man. We’re getting ready to come up north then going out west for a couple weeks. We are excited to about the next few weeks with visiting a lot of places we don’t normally get to visit during the year.

Is there any place your are looking forward to playing?

Clay: I think it’s cool to go out west and hit some of the cities like Denver Colorado, because where we live in the swamp in Georgia we’re not use to seeing the mountains or nothing like that.

That must be a nice little break.

I am going to get this one question out of the way right away – Lets really talk about your sound or genre if we want to label it- it’s not quite one genre and has been coined as Hick Hop – how would you describe it ?

Clay: {laughs} You know we’ve spent the last few years trying to come up with a name for it and we can’t do it. I mean We country music but we couldn’t sing that good so that’s why we started rapping and you know. We like to think we are doing things in our own little way. I mean if we could sing we’d probably not rap as much. 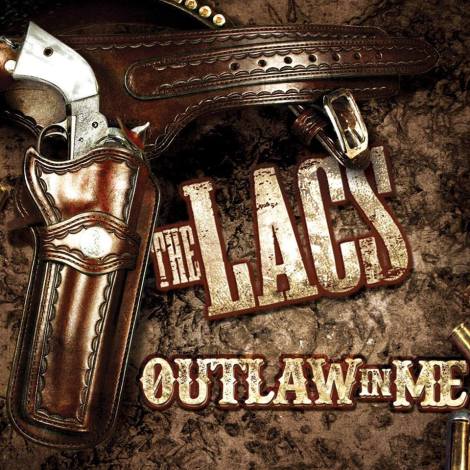 The The Album HERE

That’s probably why on albums past you collaborated with so many artists who do sing. Such as label mates Colt Ford, Bubba Sparks even the amazing Big and Rich and more. How is this album different?

Clay: This album a lot different because it’s not like we tried to go more mainstream but we have more mainstream sounds because I think country radio and country music has changed in the last couple years. It has became more open minded. We even have a few radio friendly singers on this album like Craig Campbell who lives close to us in Georgia and then Josh Thompson which was completely different for us going more traditional country singers. I think it worked out very well. I love this album and I think it’s our best one. It shows how much we have grown so much over the years.

In what ways do you think you have grown the most?

You’re hitting Billboard charts, playing larger stages and this album right now is just doing amazing. How has it been coming from being a small town country boy to this whole new world?

Clay: At first it was little different and I’m not going to lie it was an adjustment but it’s been what we have been working for the last 15 years. There has been a lot of changes but we are just going with it.

Let’s talk about a few of the songs on the album. As you mentioned it is so diverse. I’m going to start with “God Bless the Country Girl” music video which has already had 350k views in a very little time. Who came up with the concept of the video?

Clay: We just were sitting down with a couple people from the record label and brain storming. It would have been easy to do just a cliché video with a backyard pool video with a bunch a girls. Instead we had a back woods beauty queen pageant type thing. It was just collection of 5-6 people brain storming.

As we are talking about this video I have a fan question popping up via social media a lot. Why did the woman judging in the video not win cause she seemed to be the true country girl?

Clay: {laughs} I probably agree with them there but you can’t get a rookie judge on the panel you get veteran country girl to judge,

With that song are the lyrics your perfect women?

Clay: Oh defiantly, it’s the best thing in the world is a country girl.

Clay: We get drunk one night and we started brain storming and you know some things people take credit for these days it makes you think back in history and how they come up with it. You know some of these inventions had to be done by a red neck and with this album we thought of the rocking chair. You can probably read a history book and see who took the credit for that but we put that story on a red neck and how he invented the rocking chair.

With this album looking at the track listing how did you come up with picking songs since they are a little bit of everything.

Clay: We probably recorded 25 songs for this album then we picked this list. We were careful to pick 3 or 4 songs that we thought our rap fans would enjoy and then the rest of them were for our country fans. We are always picky on picking songs for an album because we want to keep it fun, and keep it for all our fans in country and hip hop.

In your music video “Make the Rooster Crow” it’s looks like a hip hop video in the country and in the song “The Stomp” you went more hip hop/club music are you guys planning on crossing into the Urban & club scene?

Clay: I mean we didn’t plan into crossing into the country or rap. Like I said we just started making music and we are lucky enough to be accepted into country music before any other genre. We consider them our home now but will keep making a club song or two on every album and if it happens to get picked up on urban radio or something like MTV it’s something we would be honored if that would happen to.

Any cool or crazy stories from the road?

Clay: {laughs} People like to toss things up on stage such as beach balls, bras, cowboy boots we’ll sign them and send them back. This one show we got a prosthetic leg up on stage, this was the first we ever seen or heard of that and we signed that and sent it back to the guy.

I am a country girl and I know you got stories

Clay: Probably nothing friendly. I got plenty but not interview friendly. {laughs}

What is the one misconception people have about you?

Clay: Ah, probably the biggest one is if you have never seen our live show before a lot people expect a dj and 2 guys but everything we do we do live. We have a 6 piece band that travels with us. We don’t use any props on stage.

Clay: We just feel better when we play it live. It’s a whole different feeling playing it live opposed to playing with a DJ.

What are the future plans for The Lacs?

Clay: Well hoping to take this genre and this style of music as far as it can and watch it grow. See it on CMT, ACM’s or something like that.

Any messages for your fans new and old?

Clay: We appreciate all the love with this last album we put out. We got more music to come.

The Lacs are humble, talented and their music is addictive so be sure to grab yourself a copy of “The Outlaw in Me” Keep up with The Lacs online. Maybe even catch their all live show as they are on tour till the October in the USA! (DATES BELOW)