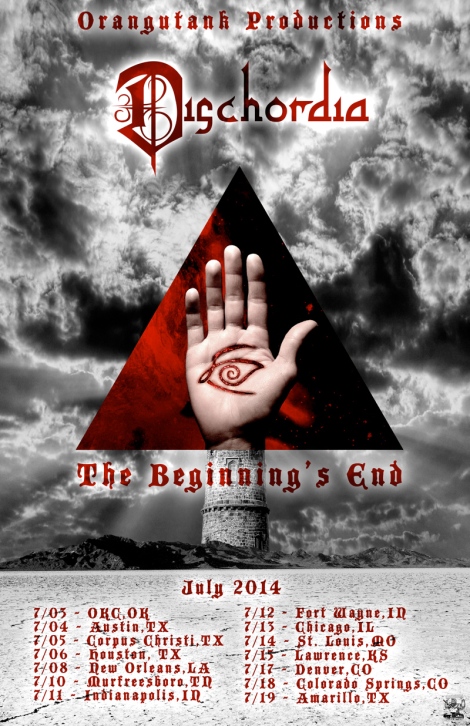 Oklahoma City’s steadfast death metal dominators Dischordia have just announced “The Beginning’s End” tour of the US for this coming July.
“We are excited to continue our pursuit of world domination,” comments Dischordia guitarist Keeno, struggling to maintain a straight face. “Haha, yeah… cliches aside, it’s always great to take advantage of the summer months and burn some rubber visiting old and new fans across the country. There is metal to be shared!”
Dischordia released their debut full-length album, Project 19 in 2013 on Rogue Records America. The album was preceded by the Creator, Destroyer EP and both releases have made waves in the US and global online underground metal scene. For more Dischordia, visit http://www.facebook.com/dischordiaband
Stream to “Torches” from Project 19 here: