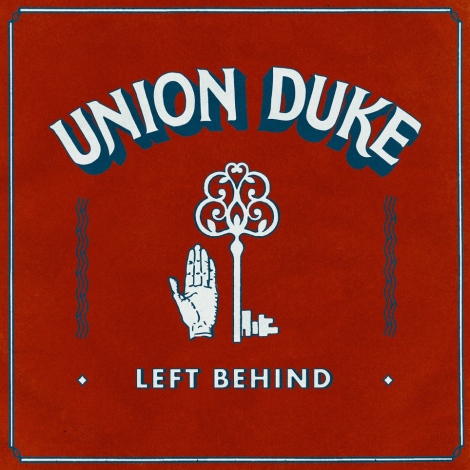 Toronto folk quintet, Union Duke, are kicking off 2020 with new music. Today, they share a highly emotive single and video, Left Behind.  The song premiered via The Bluegrass Situation, with a video at Folk Radio UK. In addition, the band has announced new Spring tour dates in Ontario, and a showcase at Americanafest in the UK from January 28 to 30, with an exclusive performance at The Moth Club. Watch the video for Left Behind here and see below for complete details.

“Left Behind is exactly what you think it is: a song about leaving things behind,” says Union Duke’s Ethan Smith. “We were trying to capture the feeling of loneliness and isolation one can feel when they’re far from the one(s) they love – both lyrically and musically. It’s about the distance often forced between us and the longing to be together again. It’s the only soft-ish song of the music we’ve released over the last year and once we got in the studio with it we had the opportunity to explore some really cool ideas that are pretty new for us. It was a lot of fun building this tune and taking it from mellow and simmering to a driving banjo-driven sing-along. Plus: lapsteel!”

Back in December, Union Duke shared Atlas Of Love with two stunning visuals for the piece. The first followed their successful Dudes & Dukes show in Toronto, with the second premiering exclusively with Canadian Musician. It was produced by AnalogSongs during a visit to the Lunenburg Seaport as the band toured through eastern Canada in March 2019 and played a few tunes amongst a collection of maritime memorabilia. Watch the video here.

“Atlas of Love is a song for those who haven’t quite figured out the nature of their love, much less themselves. Originally, I couldn’t even figure out which direction the song was going in,” says Union Duke’s Jim McDonald. “I toyed with “I’m the Atlas of Love, and you’re the weight on my back”, but ultimately, I think the song works better when I’m the one who’s the burden. It’s less accusatory and I feel like it’s something most people have felt at some point in their life. I think just about everyone has struggled with trying to figure out who they are and how they fit into a relationship.”

Atlas Of Love was produced by Jeff Hazin and recorded between his studio and Taurus Recording in Toronto. The song also features organ and pedal steel in a departure from Union Duke’s previous work while still maintaining the pieces that make up their unique sound: catchy melodies, thoughtful lyricism, top-tier musicianship and powerful vocal harmonies. The artwork was created by Mat Dunlap (The Sheepdogs, Yukon Blonde).

In the summer of 2019, the band released 123, a tune about modern apathy. Listen to it here. The song was produced by Jeff Hazin between his studio and Taurus Recording in Toronto and features Alan Zemaitis on the organ. Into the chorus, the band proclaims, “Gimme 1, 2, 3 couple more then another/ Drink rye whiskey til /I’m blind/ I won’t have no trouble sleeping/ I won’t have no troubled mind.”

123 follows their single, Ladidadida, which includes a stunning video that premiered exclusively at Exclaim!. Watch it here. Ladidadida is that rambling road-weary song in your head while you drive the last of many miles home. It’s the story of anyone who must leave the things they love behind, the unbridled bliss of making it back in one piece, and the desperate highs and lows of the spaces in between.
details.