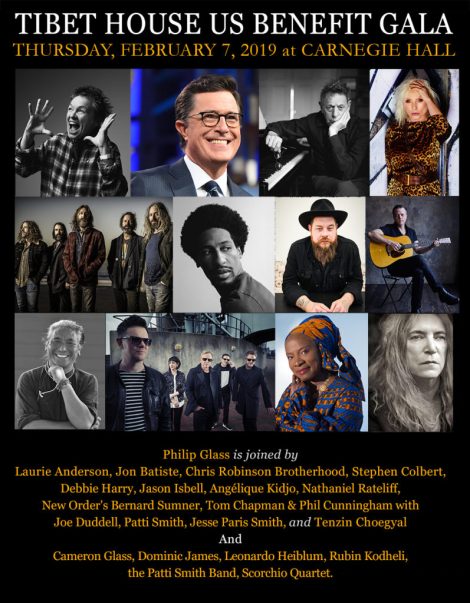 There are few events that stand the test of time in the ever-changing Big Apple, and for more than three decades this annual event has been one of them. The consistently sold-out concert has assembled some of the biggest names in music and often dazzles concertgoers with its mix of unique musical collaborations, solo performances and many surprises.

Tickets for the concert are on sale now ($35-$200) – visit www.carnegiehall.org to purchase, call CarnegieCharge at 212.247.7800, or visit the Carnegie Hall Box Office (57th Street and Seventh Avenue). Also available now are special gala packages starting at $500 that include prime concert tickets and an elegant dinner reception with the performers and a who’s who of New York City society. To purchase these packages, visit www.tibethouse.us or call Tibet House US at 212.807.0563.

Proceeds support the work of Tibet House US, a non-profit educational institution and cultural embassy founded in 1987 at the request of His Holiness the Dalai Lama to ensure the survival of the unique Tibetan civilization.