Canadian deathcore pioneers DESPISED ICON are proud to release their second single “Snake In The Grass” off their upcoming full length album, PURGATORY, which will be released on November 15th via Nuclear Blast. For the music video the band once again used Jessy Fuchs of Les Films 37 Superkicks. Check out the video for “Snack In the Grass” here: https://youtu.be/SV9vbgAav38


Alex comments, “Stoked to share more new music with you all. Here’s the slammiest track off our new record. Bringing back the pig squeals!

Purgatoreeeeee is out next month!”

The band is finishing up their North American trek which will include the band playing new material from the upcoming album. Joining the band on the final dates are Texan metalcore act KUBLAI KHAN, British extreme metal band INGESTED,  American Deathcore band SHADOW OF INTENT and SUFFOCATION.

Fans have the opportunity to purchase MVP packages that include the following: 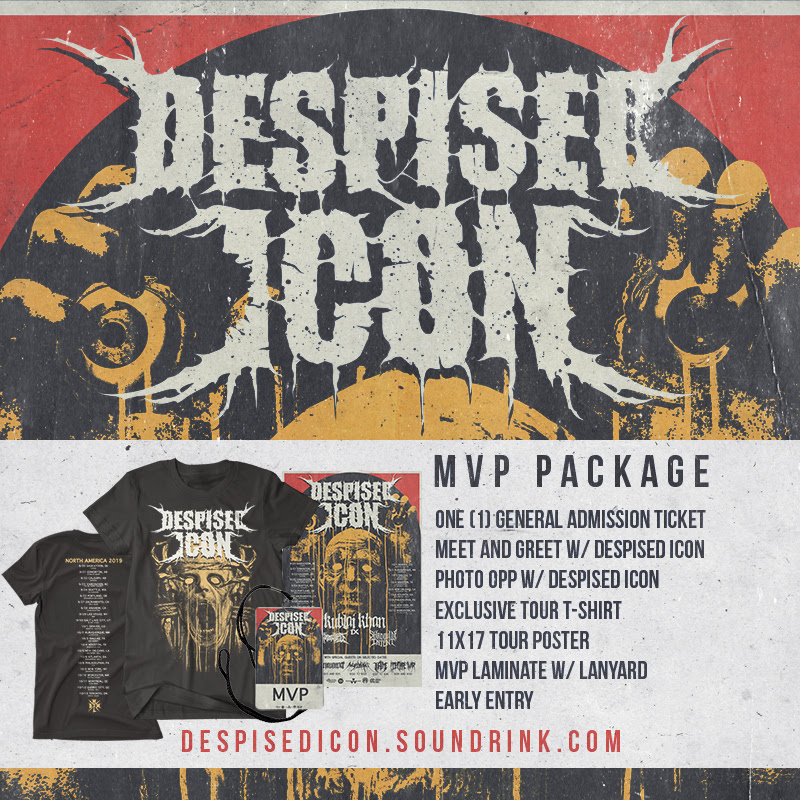 PURGATORY was produced by Yannick St-Amand, Eric Jarrin and Alex Erian. The music was recorded by DESPISED ICON‘s former guitar player, now current front of house engineer Yannick St-Amand while the vocals were recorded by close friend Antoine Lussier of ION DISSONANCE. Mixing and mastering were completed by CRYPTOPSY‘s very own Christian Donaldson at The Grid in Montreal. For the album artwork, the band selected Eliran Kantor to create a piece that echoed the themes and concepts of PURGATORY.

Without a doubt their most dynamic venture to date, DESPISED ICON have a fresh and energy filled arrangement just waiting to see the light of day in the form of PURGATORY. For many years, they have laid the foundation of Deathcore and spearheaded different sounds and movements within the genre.

PURGATORY will be available in the following formats:

Pre-order PURGATORY in the format of your choice here: www.nuclearblast.com/despisedicon-purgatory