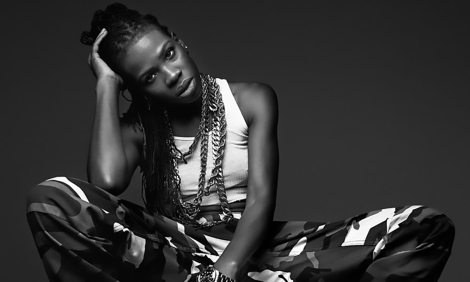 For me, the 13th floor is something that we remove from our reality because it is something that we don’t understand and therefore we dismiss it,” said Haviah Mighty. “This is very parallel to so many of the experiences that I speak on, on this album. I’m in a room with so many different people from so many different walks of life who have acknowledged that this is something they feel is important. These people don’t necessarily share the narratives that I do, or the walks of life that I have, and yet, here we are, finally on what I believe is the 13th floor. This is the moment of resurgence where the dismissal that has existed is now being removed, and the discussion is being had. I’m so grateful that the people around me push me to be brave enough to speak my truth and to have it be acknowledged in this way.”

The Prize, which was presented by CBC Music, goes to the best Canadian album of the year based on artistic merit without regard to genre, sales history or label affiliation. It was determined by a Grand Jury of 11 music media professionals drawn from the greater Polaris jury pool of 199 writers, editors, broadcasters, DJs and personalities from across the country.

Haviah Mighty’s victory came with a $50,000 monetary reward. The nine other Short List nominees each received $3,000 courtesy of Slaight Music.

“This year’s Grand Jury were exceptionally thorough in their listening and discussion, changing their opinions and taking on new points of view in response to their fellow jurors’ passionate arguments about the meaning of Canadian musical art in 2019,” said Polaris jury foreperson Katherine Duncan. “Their commitment, dedication and heartfelt debate is inspiring to share. It’s with great pleasure that we congratulate the winner of the 2019 Polaris Music Prize!”