Keeping lit the torch of old school New York death metal for the better part of three decades, Suffocation has soldiered through more line-up changes than the Trump administration to bring us their eighth studio album, …Of the Dark Light. We sat down with legendary shredder and only original member, Terrance Hobbs to run through the past, present, and future of this brutal institution.

So how ya doin?

Terrance: Oh, I’m hanging in there, man. Living the touring lifestyle. It’s been quite a
haul, I mean we got two shows left, just tonight and tomorrow at home.

Terrance: Yeah, and then that’s that. We’ve been out since May 18th all the way to July 1st, about 43 shows in 46 days. We’re going out and being road-dogs. Plus the new album’s just come out, so you gotta stay busy on top of that as well, and just keep the ball rolling.

Doing any festivals this year?

Terrance: Well, we’re gonna go and do festival season sometime this August, we’ll be doing a couple of festivals. Pretty sure we’re gonna do Brutal Assault over in Europe, probably Summer Breeze, maybe Party Sand. I’m not exactly sure which festivals yet until I get home and I get the final itinerary. ‘Cause, y’know, management is always working on it, the booking agents are always working on filling in the dates. As I said, we try to play as much as possible, ‘cause we play death metal, and it’s not really death metal; it’s debt metal, but I’m happy, the guys are happy, I got a really strong line-up and we’re going for it, man.

Speaking of which, you got a new rhythm section, right?

Terrance: Pretty much, we got a whole new rhythm section, Charlie Errigo just came to light over the last two years when Guy Marchais stepped down. He was having a lot of problems, what with home, he had gotten married, he had some deaths in the family. A lot of things were going on for him so it really made it hard for him to pay attention to being in the band. He stepped down and Charlie was just a natural fit; we

Also, we got a different drummer. We had Dave Culross, after Pinnacle of Bedlam, he stepped down. He was having his own share of issues, with his kid and everything. Baby’s mama was just making it really difficult, y’know, real life shit. So after him we had Kevin Talley filling in for a little while, but Kevin Talley’s a studio drummer. He’s been out on tour with us, he’s played with Dying Fetus, he’s played with Daath, Misery Index, quite a few bands. He does a lot of studio work so things were pretty tough for him. We were looking around, doing some soul-searching, trying to find a different drummer, and our buddies from Despised Icon were like, “Yo, man, we think we found the guy for you!” and we did some video trials with Eric Morotti, our current drummer now, and he’s played with us ever since. They all played on the record.

Oh, and we also have a different vocalist with us – had gone on tour with him during Carnival of Death where he was filling in for Pyrexia.

That’s just live, right? Is Frank still in the studio?

Terrance: Well, I mean, Frank comes when he can come. He’s really working his way towards retirement. He loves it, he loves the crowds, he loves being able to do it when he can do it, but for the most part, he’s just very caught with his job and everything. Over the course of the years, it’s slowly fading for him. He’ll still be out there maybe doing recording, side projects, things like that, but he’s really not gonna be on the road.

Terrance: He might. It depends on how much time he gets off from his job, really. That’s the most important thing because he really can’t jeopardize his retirement, his home life, he’s been there for a long time, he’s got kids, so all that stuff just weighs on him. It’s a tough decision.

Terrance: It’s Kevin Muller. He sings for another band called The Merciless Concept, but how we met him was through Pyrexia when we were on tour with them for Carnival of Death with Kataklysm, Pyrexia, Internal Bleeding, us, and a couple of other bands. We just became friends, and they’re all from Long Island, so it made things a little bit easier, y’know?

So, has this tour been smaller venues or is Philly just getting lucky?

Terrance: You’re pretty much just getting lucky. On this tour, we did a tour with Morbid Angel which intersected with a lot of off-shows for them, which in turn we filled in. We did about 15 shows on our own and they did about 23 or 25 on their own, with us as main support, so altogether it was like 33 shows, and the tour with Morbid Angel actually ended in New Orleans. From there, because we live in New York, we tried to fill in the gap coming home. We did one show in Richmond, Virginia and we’re doing this show here. We also have one at home, at Revolutions, which is 20 minutes away from where we live, so that’ll be a big hometown show for us.

Terrance: Yeah, actually, it really is, because according to how much time that we have to play, there’s so many oldies but goodies, and then there’s new album material and newer stuff that it’s really hard for us to pick and choose which songs we’re gonna pull in and out of the set. When we were on tour with Morbid Angel, we only had a 45-minute set, so that’s just maybe 8 or 9 songs and we have all these oldies: Pierced from Within, Effigy of the Forgotten, this one, that one, and the other one. For us to take out – especially considering we have a new album out – …Of The Dark Light, I hope you guys get it, check it out, it’s completely ballistic – for us to pull out one song like “Infecting the Cribs” kind of hurts our, y’know, we don’t wanna hurt our fans. Things like that.

So death metal’s gotten pretty weird in the last decade. Any newer bands you’ve been digging?

Terrance: There are quite a few bands that I like. Out of the blue, let’s say Decrepit Birth, After The Burial, Aeon, Profanity (from Germany) [is a] really great, technical band, Truth Corroded from Australia’s pretty good. Check out Josh Barron’s new band from Australia, a southern-rock band called Mammoth. There’s quite a few bands that I’ve really been getting into lately, as well as the old school. The new Morbid Angel album I heard a little preview of, it’s gonna blow your socks off, all you classic Morbid Angel fans get ready. They’re doing a great job, so keep a look out for those guys. There’s a new album coming out from Masticator out of Florida. Check that out as well….Desecrate The Faith from Texas, check them out. There’s a bunch of bands 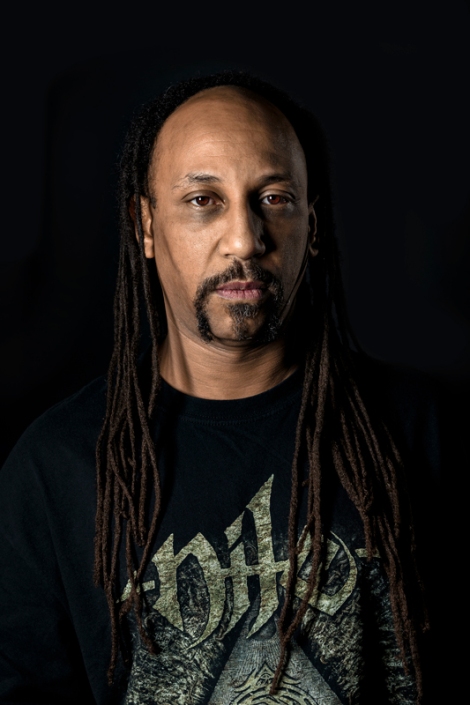 What do you think of the new B.C. Rich guitars, the Praxis ones?

Terrance: The Praxis B.C. Richs I am very not fond of. I like the old school B.C. Richs much more. I think ownership has changed quite a few too many times where qualities haven’t become the same. Of course, I will always love B.C. Rich shapes and I always love what they’ve done for me, but at this point I think B.C. Rich could use a little bit of an overhaul and go back to the old-school roots, maybe get Scott Pivarnich to be one of your builders, that would be the best thing to tell you to do. He’s an awesome man. He’s built me some guitars that are beautiful. Out of North Carolina, independent builder, and he’s building weird shapes. He’s working with a lot of people from off the B.C. Rich Junkie site and I think that if B.C. Rich knew what was good for ‘em, they would solicit him.

Being so many albums deep, do you now go into them with a different mindset and how do you hope to keep progressing?

Terrance: I always look back on it as – well, I never thought that the band would come this far anyway, so if something isn’t broken, don’t fix it. We try to stay to the roots and the formulas that we’ve always used. Of course, we always wanna incorporate newer styles and newer things, different guitar-solo techniques and stuff, but that just comes with the territory in trying to be original. The main thing is we wanna keep our integrity, make sure you guys know what you’re getting when you buy a Suffo record. Keep it brutal.

Does your live vocalist do the thing with his hand?

Terrance: No. He doesn’t do the thing with his hands. I think that is a Frank Mullen staple, bar none.

Suffocation latest album, …Of The Dark Light, is out now via Nuclear Blast Records.