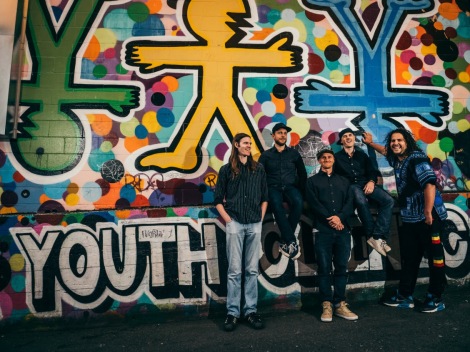 On the heels of releasing his debut solo EP Album ‘Island Soul’ on June 23rd 2017, Caleb Hart has accomplished yet another achievement with the anticipated release of “origiNation” album with The Royal Youths.

Hailing from the beautiful twin island nation of Trinidad & Tobago, Caleb Hart has crafted his soulful musical lane by taking his music across Canada, where is he based, and around the world to The Caribbean, Australia, USA and New Zealand. “Everyone assumes that because I grew up in Trinidad and Tobago I am just naturally going to do Soca music. However, I grew up in Tobago and we are a bit more ‘roots’ than Trinidad. Reggae has been a part of my life for as long as I can remember. I love every part of it. From the unignorable bass lines to the sweet one drop that go hand-in-hand with one another. From the rhythmic Guitar to the bubble on the Keys. From the soulful lyrics to the brilliant horn lines. Reggae music is the sweetest!” explained Caleb.

Originally formed as a one-time backing band for multi-award winning Caleb Hart, The Royal Youths has grown into an incredible band delivering unique funky reggae. The combination of the latter, with Caleb’s island soul gave birth to their debut album appropriately titled “origiNation“. The Royal Youths Karl Williaume stated “origiNation is a combination of stylistic creativity between Caleb Hart & The Royal Youths. A Caribbean flavour combined with North American musical influences, infused with a consistent message of positivity and hope. It’s merely the introduction to what the world is going to experience from us. The origin.”

The lead single’s audio “Everywhere” was released less than a week ago and has already garnered over three thousand views on YouTube, and a video is slated for release in October. Produced by Caleb Hart and Co-Produced by Todd Dunsmore, Rhett Reilkoff & Karl Williaume, the 7 tracks music offering were written and arranged by Caleb Hart, Rhett Reilkoff, Karl Williaume, Andrew Greenwood and Liam Mackenzie.

“origiNation” is available for pre-order on all major online digital outlets at smarturl.it/origination