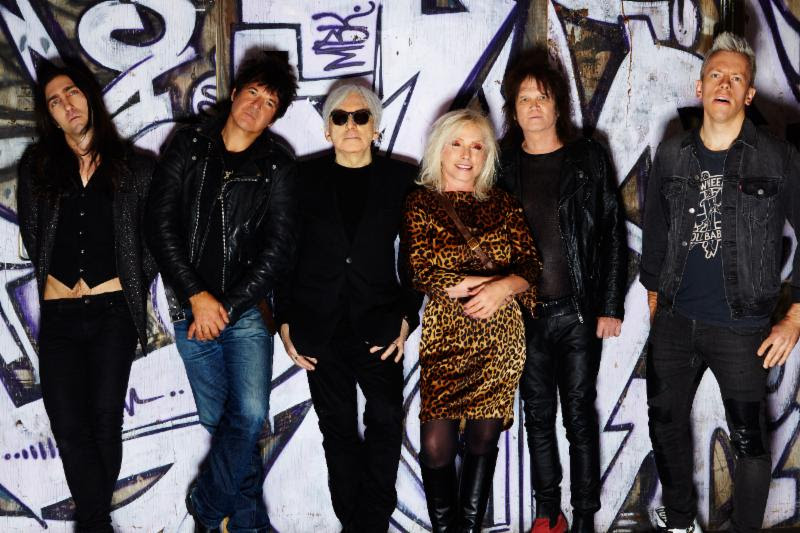 The legendary twin flames of Blondie and Garbage are going to co-headline a North American tour that will kick off on today July 5th in Saratoga, CA and wrap on August 12th in Dallas, TX. An event that can’t help but to stun fans, this might be your last chance to witness a tour with icons of this caliber joining up for something great. John Doe & Exene Cervenka will provide support on the first leg of the tour and Deap Vally for the second leg.

For the last four decades, Blondie has become and still remains a true national treasure; one whose influence both shaped and continues to inform the worlds of music, fashion and art. From an irreverent Lower East Side punk outfit to bona fide international ambassadors of New York cool, Blondie will forever be synonymous with that punk spirit that lives somewhere in all of us. Comprised of singer-songwriter Debbie Harry, guitarist and co-writer Chris Stein, powerhouse drummer Clem Burke, and long-time band members bassist Leigh Foxx, guitarist Tommy Kessler and keyboardist Matt Katz-Bohen, Blondie’s chart-topping success, fearless spirit and rare longevity led to an induction into the Rock ‘N’ Roll Hall of Fame in 2006, a NME Godlike Genius Award in 2014, a Q Award for Outstanding Contribution to Music in 2016, and more than 40 million albums sold worldwide to date.  Debbie’s persona and the band’s boundary-pushing pop have shaped the look and sound of many chart-topping female artists who followed in the last three decades.  And their newest album, Pollinator (out May 5th via BMG), delves even deeper into this idea: inspiration from Blondie’s action-packed, cross-pollinating past shaping the sound of our collective future. PRESS HERE to listen to “Fun”, the first song off this release, and PRESS HERE to order Pollinator, which features songwriting from Sia, Blood Orange frontman Dev Hynes, British singer Charli XCX, Dave Sitek (TV On The Radio), Nick Valensi (The Strokes), Johnny Marr (The Smiths) and more.

One response to “Blondie and Garbage Tour Starts TODAY!”