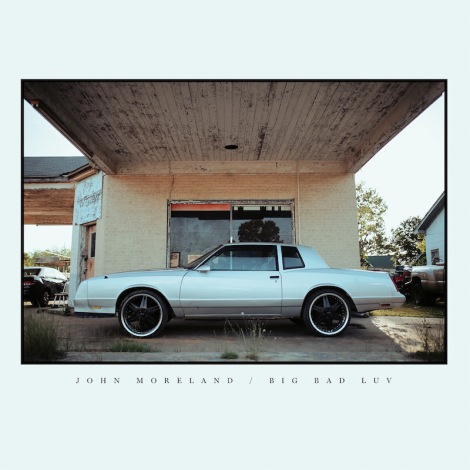 Big Bad Luv – the new album from John Moreland – is an honest, bruising experience.  A record about love, faith and the human condition, his first on 4AD is released on 5th May 2017.

It Don’t Suit Me (Like Before)’, the first track from Big Bad Luv, is launched today.  You can stream the track on the platform of your choice here, or in the player below.

The album was recorded in Little Rock AK, and mostly with a crew of Tulsa friends: John Calvin Abney (piano/guitar), Aaron Boehler (bass), Paddy Ryan (drums), Jared Tyler (dobro) and Lucero’s Rick Steff (piano).  Coming together in three sessions over ten months, which were sandwiched between touring dates and life, the final album was then mixed by GRAMMY winning Tchad Blake, who has worked with iconic acts from Al Green to Tom Waits.

You can find all details on the album, plus new international tour dates, here.