After having a blast touring together in Australia on Violent Soho’s recent WACO tour, DUNE RATS and DZ DEATHRAYS have decided to step it up a notch and take the party abroad. Late last month, the bands announced their International Disaster Tour Part 1: UK & Europe and now they are thrilled to announce the second part to their International Disaster Tour, which sees them touring the USA & Canada.

No strangers to the global stage, it’s been a non-stop ride since Australia’s favourite stoner pop trio Dune Rats released their self-titled debut album in 2014, which Rolling Stone dubbed an “unassuming statement of intent. No bullshit punk done well.” The album was later released in North America in 2015 via Dine Alone Records. Dune Rats recently dropped “Bullshit” – their first new single in two years, produced by FIDLAR frontman Zac Carper – together with an expectedly insane music video filmed at a backyard party in Byron Bay. Watch the video for “Bullshit” here.

Dune Rats have had a stunning ascent so far and show no sign of stopping. Since the release of their debut LP, the band has toured relentlessly around the globe, playing to sell-out crowds in Australia and touring alongside genre heavyweights, Cosmic Psychos, The Subways, and FIDLAR, to name a few.

Since releasing their ARIA award-winning record Black Rat in 2014 on Dine Alone Records in Canada, DZ Deathrays have been keeping busy both consistently touring the world and keeping their heads down writing for their forthcoming third LP. 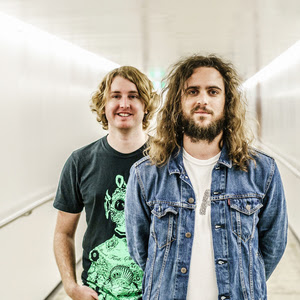 To tie fans over, DZ Deathrays kicked off 2016 with a stand-alone track “Blood On My Leather” and called up old mate Arj Barker to star in his second film clip for the band. After touring in Australia with Groovin’ The Moo festival and a giant Australian joint tour, the DZ crew also managed to squeeze in two North American tours as well, which included Canadian dates in Quebec City, Montreal, Ottawa and Toronto. The video for “Blood On My Leather” can be seen here.

The long-awaited International Disaster Tour will see Dune Rats and DZ Deathrays playing alternate headline slots on each date. Part 2 of the tour will kick off on November 7th in San Diego, CA and will include Canadian dates in Vancouver, Montreal, Ottawa and Toronto. A full list of shows can be seen below.