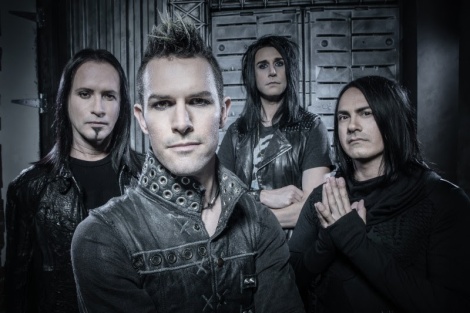 Los Angeles hard rock titans 9ELECTRIC will unleash their highly-anticipated, full-length debut album, ‘The Damaged Ones,’ July 15 via Another Century. The group are currently in the midst of a nationwide tour alongside label-mates Lacuna Coil, Butcher Babies and Painted Wives. Visit  https://www.facebook.com/9ElectricFB for a complete tour itinerary and daily news updates

The first glimpse into this epic, hard hitting opus is the live-action performance video for the crushing track “New God,” which can be viewed below.

“We’ve had a more thematic approach to our videos in the past, but for a blistering track like ‘New God,’ a raw live show was the only way to go,” says 9ELECTRIC lead singer Thunderwood, who also directed the video. “Being a band born of the new Hollywood scene, we decided to throw a farewell show for a club that was closing and we shot the video there. The power and energy tells the story here, and also offers a hint of what’s to come without giving away too much about the depth and themes of our album.” 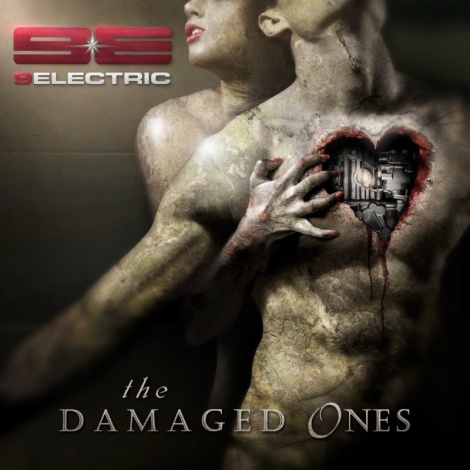 9ELECTRIC are not just a product of the Hollywood scene, they are a band that helped build today’s scene. They did it with a live show that is bigger than the clubs they pack, a sound that is as big as their live spectacle, and the determination to remind us all that while rock and roll is a celebration, it resonates the deepest when it has a purpose. “We are about empowerment and living with a sense of intention,” Thunderwood says of the band. “Whatever you do, do it with some fucking conviction. Make something happen in your life.”

‘The Damaged Ones’ is 9ELECTRIC setting their conviction to music. It is not a placebo intended to placate the masses, it is intense group therapy for the band and their fans. “The album describes the human condition – no one is truly safe, because at some point we’re all damaged,” says Thunderwood, with bassist Casey DC adding, “the song itself – the album’s title track – is about the process of becoming damaged and how it leads to being socially ostracized, a common feeling amongst bands and fans. This song is about how we band together and become part of the rock scene as opposed to the mainstream.”