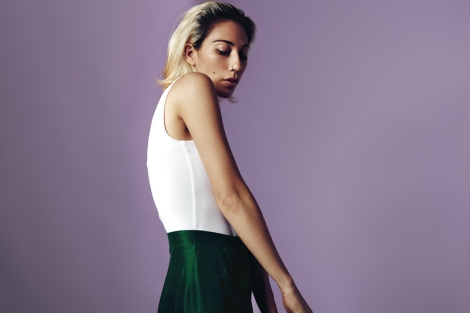 Tei Shi shares her video for single “Get It” off of her critically acclaimed Verde EP, which was featured on Gorilla vs Bear’s Top 50 Albums of 2015 list. The video, directed by DREAMTIGER (who also shot her video for “See Me”), was shot in Montreal this past summer where Tei Shi has also been working on her debut album. “Get It” was cut together with footage contributed by NASA, from their Cassini Mission satellite that tracks Saturn and its moons 24/7.

Following a sold out national tour with Years & Years, Tei Shi is also releasing her remix of their single “Eyes Shut”.

On her live show, Noisey notes, “Tei Shi has grown into a captivating live performer…At last her headphones-intimate-bedroom music is translating to a mesmeric show, as she flips between bopping around the stage with a tambourine, to sensually swaying, when her tunes called for it.” Gapers Block went on to say, “The highlight of the set came at the very end, when she unleashed a soaring soprano melody on ‘Bassically’, dropping jaws and earning a slow buildup of applause and cheers. Earlier in the song, there had been a section that sounded like whale-speak, so to hear Tei Shi burst out of that with her impossibly high notes was both unexpected and very impressive.”