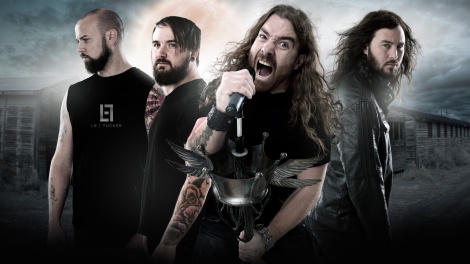 With all the submissions I get, I still miss some great music as much as I try to see everything.  I have a great staff who does an amazing job but sometimes I still get late to the show sort of speak. The last night I got a great email with a list of albums and bands, sort of the update from this label. With the new tablet at hand I went through the list and bam there it was. A band that just stood out. Royal bliss.

These days you have to stand out and in many ways, be it a video, story or other items. Royal Bliss stood out with their story right away with me. Here you have a band that has been with the majors and independent labels. Perfect right? Well maybe to some but this time Royal Bliss made their fans their label! That’s right self released and raised the money via kickstarter. https://www.kickstarter.com/projects/441960574/new-royal-bliss-album – Hilarious promo video at the bottom  for a added bonus) They clearly state that they are still around only because of their fans and with raising $37,392 which was just over 12,000 over their goal – the fans spoke loud and clear.

The new album “Chasing the Sun” will be out February 18th and of course I will be reviewing it; Maybe in the next few days even, but I have been listening to it non-stop since I got it. What I can tell you is the first single “Cry Sister”  is amazing and the band is in full Control.

The video is simple, yet complex enough to be powerful. With a beautiful bird in the center of a group of women who eventually die which releases the bird to fly and be free. Then the statue of a women crumbles – which represents everything falls apart perfectly when bad karma catches up to a person.

Right away the first verse was right in your face and with a line “ Me and the Devil in your mind want to settle the score” it personally caught my attention. The chorus is what I sang along to right away  “Cry sister make it rain it makes no difference, You never see me again”. With a guitar and music that blends with the passionate vocals you get a strong  and incredible rock song with all the parts such as a guitar solo, and a beautiful mellow section.

This is one of those songs that will have personal meaning to many out their and each will be different. For me I thought of those who trap you with their issues, self interests and problems, and they go to a point of making you walk away so you can just be free and fly. These people can even go too far with things such as damaging lies, and other hurtful things that make you permanently walk away without feeling anything since they are keeping you weighed down and trapped. Heck one  could even say this song could be about a mentally ill person (those crazy chicks) who go without help thus destroying themselves and all those around them.

A great song I was told by my radio mentor has to first of be relatable, get emotion (laughter or even tears) of a person and be catchy. Not the annoying catchy but a great chorus that will leave you singing it for days. This song hits the marks of a excellent song to get a lot of play and please the masses.

Can’t wait to share the rest of the album! GET THE SONG ans Pre- Order “Chasing the Sun” at http://www.royalbliss.com