Rock Radio legend LOU BRUTUS, who was recently voted Best DJ in America by voters in the Rock Radio Awards sponsored by Radio Contraband, is exhibiting his concert photography for the very first time with ten of the images currently being auctioned on eBay to benefit Wounded Warrior Project. 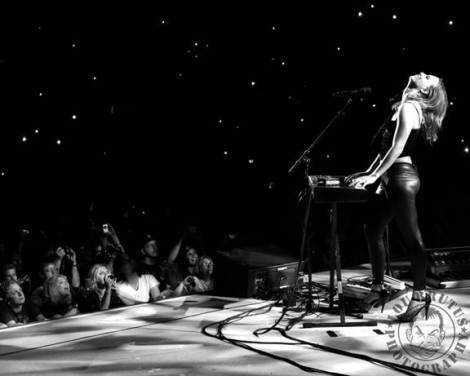 The photographs, taken at various locations around the United States, include onstage images of Avenged Sevenfold, Slipknot, Five Finger Death Punch, Stone Sour, Shinedown, Halestorm, Disturbed, KoRn, Volbeat, and Jackyl. The photos, culled from the thousands Brutus has shot over his career, were chosen via fan votes on his Facebook page. Each has been framed and matted with the mat hand signed by Brutus in pencil.

Apart from his broadcast career, Lou is an accomplished photographer.  His lighthouse photography has graced magazine covers and he has worked the last six seasons as an on field Major League Baseball photographer. He often shoots rock bands as he travels the world to interview them. This is the first time his photography has ever been available for purchase.

“It’s thrilling to have these images out where they can be viewed by the public,” said Brutus. “I’m thankful that these photographs, which I took out of sheer love for music, will raise money for Wounded Warrior Project. It’s a tremendous bunch of good all the way around.” 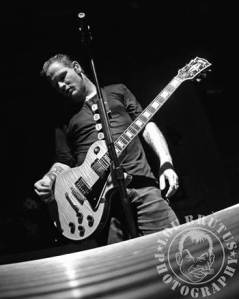 Brutus will exhibit the photographs and meet with fans at Diego’s at 118 State Street in Madison, WI on Saturday December 14, 2013 beginning at 4:30pm CT. Admission is free to the public. While the auction will be closed by that time, those photos will be displayed as well as other images by Brutus that can be won by raffle with the proceeds again benefitting Wounded Warrior Project. Following which, select images from the exhibit will be set up for viewing in the lobby of the Orpheum Theatre in Madison at the Halestorm/Redlight King/Stars in Stereo show.

LOU BRUTUS is best known for his seventeen plus years of national syndication as the host of hardDrive with Lou Brutus and hardDrive XL with Lou Brutus, which can be heard on over 100 radio stations nationwide, as well as his work on other national radio platforms. He has done local shows in Chicago, Philadelphia, Boston, Washington DC, and Providence.