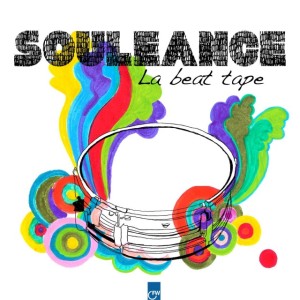 This is “one for the DJs”, said Soulence about their new records, La Beat Tape. That does not mean to say us regular folk can’t enjoy it, but the DJ influence can be heard right through the core of this tape from the funk to the drums. You could slip it into a mix like a foot into a slipper. Souleance is the result of the partnership between the talented producer Fulgeance and DJ Soulist of What The Funk. Fulgeance is one of the artist belonging to the French label “Musique Large”.

Souleance are a French production duo, and although they’ve only been around for a few years (they released their debut in 2009) they’ve obtained a substantial reputation. Following on from last year’s LP release, Souleance have put together twenty tracks of breaks,  guitar, huge snares, soul and groove La Beat Tape that’ll come somewhere close to recapturing the essence of the dance floor back in the funky 70s with a very contemporary twist. They argue that they’ve released it at a very modest £5 – who am I to disagree – along with “containing four tracks that we feel will be most useful for the DJs”.