9 Unforgettable Escapes worth the Flight […] 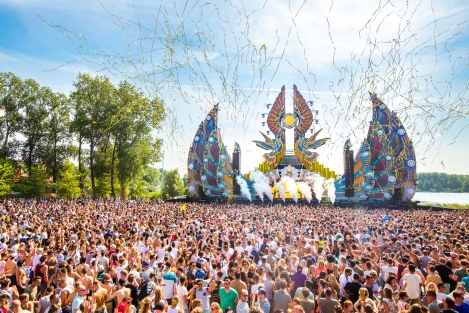 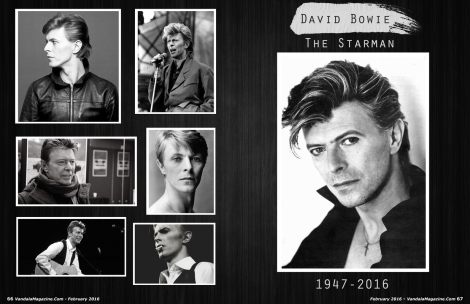 Editorial: Stagecraft 101: The Unified Front – This is probably one of the touchiest areas in all of stage-craft for the average axe-slinger. Image vs. Sound. It’s the age-old battle, the antediluvian issue, the riddle of steel.  […]

Editorial Review: Kurt Cobain: Montage of Heck – My first memory of Nirvana was in early April, 1994. I was ten years old. I was at school and we had ‘library time’ with the kids in my class and class above ours. I came in and saw a group of kids sitting around one of those big, grey, rectangular tape decks with a pair of coil corded, oversized […]

Book Review – Marky Ramone “Punk Rock Blitzkrieg: My Life As A Ramone” – It’s easy to forget that while the Ramones were still active, they didn’t enjoy a fraction of the praise and adoration that they do now. They never had a hit single, they never even had a hit record. They toured constantly and released records every year or every other year….. READ FULL REVIEW

EDITORIAL – Gimmicks: The Good, The Bad, and The Ugly 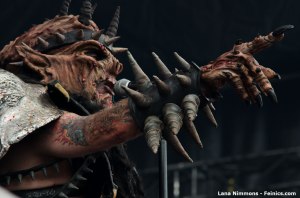 There’s been a lot of discussion in recent years about the use of a gimmick to make your metal band stand out. Some, like Job For a Cowboy say that this is just being a sellout, who needs a gimmick when the music does the talking? READ FULL ARTICLE 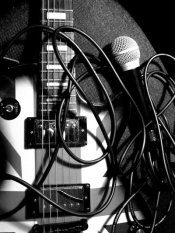 EDITORIAL – Stagecraft 101 – Why Your Rehearsals Are A Waste of Time

In my last article, we talked about ways you can duct tape your performing chops into place on an individual level. Now that we’ve broken things down, let’s build them back up. Remember what our goal here is? READ FULL EDITORIAL 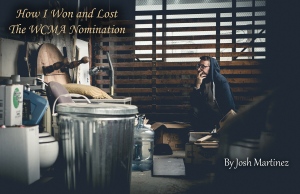 Editorial – How I Won and Lost The WCMA Nomination By Josh Martinez – I was very excited to get the email from Breakout West. They said I’d been nominated for a 2014 WCMA award for my solo record “Blotto”, for Best Rap/Hip-hop Album (of all time). I was thrilled to be nominated. The competition was fierce and all titles chosen were worthy of the award this year………. READ FULL ARTICLE

Stagecraft 101 Part 2: WARNING! ATENCION! ACHTUNG! DANGER WILL ROBINSON! – My semi-coherent stage-monkey babble will not work for everyone, nor for every band. Your mileage may vary and every band is trying to accomplish something a little different then the rest. Do what makes sense to you. Just do it well. READ FULL ARTICLE

Editorial – Creative Ways To Market Your Music At Summer Festivals – With festival season just around the corner, it’s the perfect chance to get your band out there and your music heard. This does not in any way, shape or form mean that you should spam the inboxes of festival owners with delusional begging and ‘offering’ your band out for the main stage! READ MORE

Editorial – Stagecraft 101: Why Performance Matters – If your idea of playing a show involves tying back your hair, slipping into your favorite Cannibal Corpse tee and staring at your toes and fretboard for forty-five minutes, you’re doing it wrong. Said it, I meant it, now I’m here to represent it. READ FULL ARTICLE

Editorial – Music Marketing And The Illusion Of Optimal – When it comes to independent musicians planning an album release or any kind of promotion efforts for that matter, artists often ask me about what the optimal situation or timing would be. It’s typically a major worry and the thought behind it is “If we coordinate our album release with a marketing/PR campaign… READ FULL ARTICLE

3 Things DIY Artists Can Learn From Pretty Lights by Billy Bones – Pretty Lights has done what many DIY artists have strived to do: Achieve success not only in touring, but in music sales and merchandise as well. Pretty Lights has been successful in all three areas by being innovative and patient in building a loyal fan base. There are a lot of key tactics that a DIY artist can take away from the Pretty Lights approach. In this post, we’ll explore three strategies Pretty Lights has utilized in order to become a successful artist on his own terms. READ HERE page 16

9 Ways To Make Your Music Go Viral – “I hope this latest article serves as a quality resource for independent musicians worldwide. It began as an excerpt from “Your Band Is A Virus”, but as I started adding links and new information, I doubled the size of the piece, attempting to cover a wider range of tips intended to help artists create some solid ground beneath them. Not sure what to do to promote yourself? This article will give you some starting points, and if you have a professional release, there are plenty of tasks that are doable right now.” READ NOW

Why Musicians Shouldn’t Rely On Blog Directories Or Major Media – The common thing for artists to do is look up a convenient list of the Top 50-100 music blogs, email them all and consider the job done. In fact, PR companies sell the same illusions to bands all the time by promising to send their music to all the major outlets. Pitchfork. Rolling Stone. NME. Stereogum. SPIN. Under the Radar. Sounds pretty good, right? READ FULL ARTICLE HERE 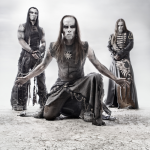 What Unsigned Bands Can Learn From Behemoth’s Promotional Photos – An Excerpt From “Your Band Is A Virus – Expanded Edition” – James Moore: For photos, there should be plenty of amateur, yet professional and ambitious photographers in your area who are looking to photograph bands and are happy to provide you with the high quality photos in return for credit (Photo taken by___), or a small fee. Sometimes…. Read Now In October 2013 Vandala Magazine

3 Critical Mistakes Independent Artists Make With Release Dates – How to release an album is a confusing topic for many musicians, and this article is not meant to answer every question or give a “one size fits all” template of any kind. However, I think it would be useful to go over a few general things I see happening very often among unsigned artists when it comes to presenting their work to the public. Here are some basic ground rules for releasing your album or EP. Read Full Article In October 2013 Vandala Magazine 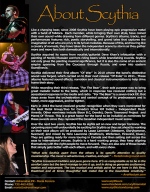 Solving The Biography Problem For Independent Musicians An excerpt from “Your Band Is A Virus – Expanded Edition” By James Moore – Many independent artists struggle with biographies, and it’s no wonder. For many artists, they know that they haven’t “done anything” yet, so they feel the best option is to over-compensate. This is not the case. Think of reading a biography as an equivalent experience to meeting someone. The best… Read Full Editorial in Septembers 2013 Vandala Magazine Online Flip Magazine  or ONLINE HERE

Why Independent Musicians Should Ditch The Question “What Should I Do?” – “What Should I Do?” It’s the most common question asked by independent musicians, and it’s part of our culture in a major way, in every matter from spiritual growth to education. Artists often fail to recognize that they tend to follow the same guidelines and step unknowingly into the same traps as the general public, young business hopefuls, actors, writers, and other creative types. Imitation, not only of content, but another kind that is just as detrimental to anyone seeking success. Imitation of path. Read Full Article HERE

One response to “Editorials”