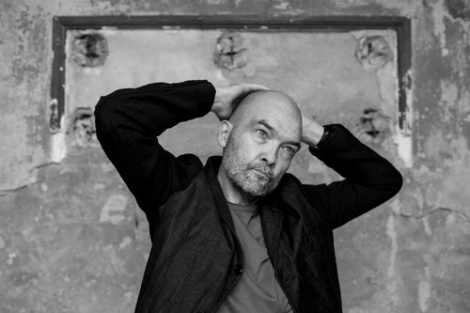 “Figures in the Landscape” is the latest single to be taken from musician-writer-DJ Ben Watt’s upcoming fourth solo LP, Storm Damage, out on January 31, 2020. It follows the recent singles “Balanced on a Wire,” described by BlackBook as “one of the most visceral pieces of music he’s ever recorded” and premiered on Lauren Laverne’s BBC 6 Music show, and “Irene” featuring Low’s Alan Sparhawk.

The single is accompanied by a powerful half-lit performance video directed by photographer-film-maker Edward Bishop, and shot at RAK Studios in London, where the album was recorded in April 2019.

“It’s a call to action in response to feelings of powerlessness,” says Watt of the song. “I wrote it in a period of personal crisis and political upheaval. The random nature of both can leave you feeling insignificant, lacking agency in the world, but in the end I guess you have a simple choice: to get up and celebrate what you have, or get out and take issue with it.”

Storm Damage completes a compelling trilogy of albums since Watt’s late-flowering return to solo songwriting and singing six years ago after ten years as an acclaimed DJ-remixer-label boss with Buzzin’ Fly and seventeen in multi-million-selling duo, Everything But The Girl with Tracey Thorn. 2014’s acclaimed “comeback” album, Hendra won Best Second Album at the AIM Awards, UK. It was followed by Fever Dream in 2016, which caused The Guardian to comment, “In his early fifties Watt in making some of the best music of his career.”