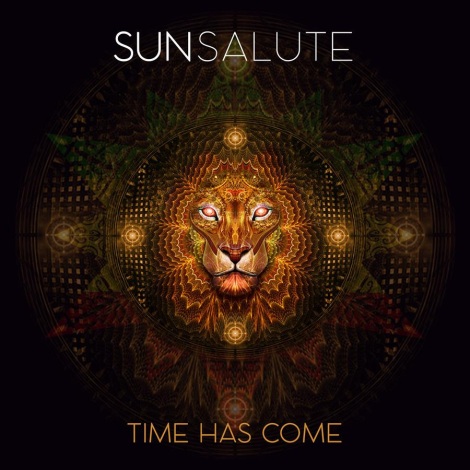 After teasing fans for the better part of the year, Sun Salute are pleased to announce the arrival of their incredibly crafted album Time Has Come, supported by a tour that will take the band throughout Queensland, New South Wales and Victoria.

Born of the snow season in Victoria, jamming and snowboarding together, Sun Salute are an Airlie Beach based international collective that draw inspiration from nature, travel and community. Their philosophy is both simple and infinitely complex: to use the power of music for healing and change.

Politically driven and unafraid of voicing the truth, Sun Salute are not without their bite, but even at their most lyrically pugilistic they are positive and uplifting. Following on from No More and Hold On, two of the most purposeful songs Sun Salute have written to date, current single Dancehall Riddim continues the band’s glorious hybrid of tones, styles and ideologies.

Musically inspired by vocalist Tane Tokorangi’s trip to Jamaica where he immersed himself in the country’s rich culture, it was only natural to soak up the community driven and wonderfully influential dancehall style. Lyrically the band says of the song, “Dancehall Riddim is about the connection between man and woman. It’s about the interwoven threads that bind the river people to the ocean people. It’s about love and passion. It’s about having the strength to step out of the status. It’s about finding the courage to follow your own flow and dance to the beat of your own drum.”

Taking this movement worldwide, Sun Salute are a bright hope in dark times, which the world needs now more than ever. A product of the band’s own rich cultural diversity, Sun Salute exist as a shining example of how humanity’s differences only make us stronger together.