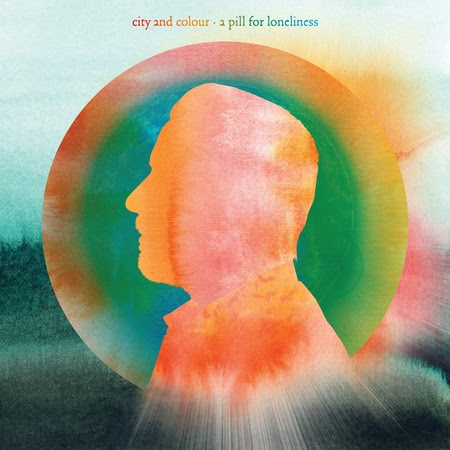 The latest album A PILL FOR LONELINESS from City and Colour has debuted at #1 on the Billboard Canadian Albums Chart. This is the 4th consecutive #1 studio album for acclaimed singer, songwriter and performer Dallas Green in Canada. The album also debuted at #1 on the Top Albums Chart, LP Vinyl Albums chart and Alternative Albums Chart (Nielsen Music Canada). Additionally, the first radio single from the album titled “Strangers” shot up the Canadian Rock Radio charts to peak at #2 and is currently the highest-charting CanCon Rock single. Internationally, the album enjoyed strong sales worldwide including the UK, Germany, Brazil and Australia, where it debuted #8 on the ARIA top albums chart. In the U.S., the album had impressive, multiple chart numbers hitting #10 Current Alternative Albums, #5 Americana/Folk Albums, #8 Record Label Independent Current Albums, #13 LP Vinyl Albums, and #24 Top Current Albums.

The record was released on Green’s new label Still Records, an imprint of Dine Alone Records, and is available to purchase and stream HERE.

City and Colour has also announced new tours in the UK, Australia and Europe alongside an appearance at Lollapalooza 2020 in Brazil. The U.S. shows have sold-out and the first date in London, England sold out in minutes. A second date has been added on February 29, 2020. See below for a full routing.

The highly anticipated follow-up to City and Colour’s #1 selling album If I Should Go Before You (2015), A Pill for Loneliness is produced by three-time Grammy-winning Jacquire King (Kings Of Leon, Tom Waits, Modest Mouse, Norah Jones) and mastered by Emily Lazar (Beck, Coldplay, Dolly Parton, The Chainsmokers), the first female mastering engineer to win a Grammy for best engineered album (2019).

Green recently revealed a captivating, ethereal video for the song “Astronaut” where he teamed up once again with Michael Maxxis who directed City and Colour’s “Fragile Bird”, “Thirst”, “Lover Come Back” and “Strangers”. Watch “Astronaut” HERE.

A 2xLP vinyl copy of the album is available to fans via the City and Colour webstore where a variety of album-branded merchandise is also available. As with previous releases, City and Colour will offer an artist exclusive vinyl with its own unique packaging and colour variants. Additional limited colour vinyl options are available from Dine Alone Records and indie retailers globally including a standard edition black. Fans who order the vinyl HERE will also receive a digital download.

Over the course of five studio albums, Green has compiled a canon ripe with songs amassing a legion of fans worldwide. With this 6th full-length album, Green siphons serenity from stress through a kaleidoscope of lush guitars, ethereal orchestration, and heavenly delivery over eleven tracks that illuminate an entrancing emotional expanse, balancing two extremes with eloquence and energy.

I wrote a lot of dark songs and wrapped them in the most beautiful sounds we could find,” Green explains. “There are personal connotations, but they’re also relatable. I’m thankful for the opportunity to create.”

A Canadian arena tour kicks off in Victoria, BC on November 8 and ends in Halifax on November 29. Each ticket purchased online for the Canadian tour includes the choice of a digital or physical CD copy of the forthcoming full-length album. Purchasers will receive instructions via email upon ticket purchase, detailing how to redeem the album. Joining City and Colour as support is Nigerian-born British singer-songwriter Jacob Banks, and B.C. based songwriter Ben Rogers, the first signing to Green’s Still Records.

A U.S. run kicked off October 9 and features 2 back-to-back nights in Nashville, San Francisco, Los Angeles, Boston and New York. One night in each city will take place in a seated theatre, featuring Green performing an intimate solo show – something fans have been requesting for years. The additional night in each city will take place in general admission rock venues and feature Green performing with his full touring band. Supporting City and Colour in the U.S. will be Ben Rogers (solo shows) and alternative singer-songwriter Ruby Waters (full band shows). In keeping with Green’s penchant for showcasing emerging artists that he believes strongly in, he personally chose both Rogers and Waters as openers.