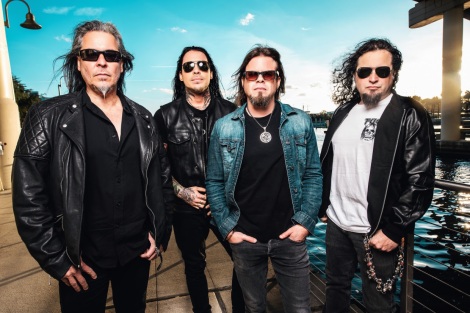 Rock icons Queensrÿche have released the lyric video for “Propaganda Fashion. ”  Check out the lyric video, which is off the band’s most recent full-length album The Verdict, here: https://youtu.be/lpaMb26CAGg

“Hello, Queensryche fans! Here’s our lyric video for the song “Propaganda Fashion.” Lyrically it surrounds a political message used to persuade an audience, in order to make something appear more powerful, meaningful or real than it actually is.” states Eddie Jackson

Before hitting the road for their 2020 U.S. Headline Tour, Queensrÿche will be in Europe for a handful of headlining dates with their special guests Firewind.

All upcoming tour dates are listed below.

Purchase and stream THE VERDICT HERE