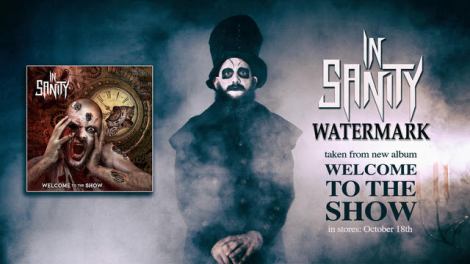 Germany’s melodic death metal maniacs In Sanity have released a video for the track “Watermark”, the first single advance from their upcoming album “Welcome To The Show”.
The band’s third album will be released on October 18th via Black Sunset/MDD and is undoubtedly the highlight of their musical career so far. Produced by Seeb Levermann in the Greenman Studios there are 12 tracks divided between sanity and insanity.
“Watermark” was produced by Amadeus of the Film Artists Collective “Mannschaft Murnau” and shot at Lippesee/Paderborn and Bad Salzuflen.
Links:
Facebook: https://www.facebook.com/insanitymodernmetal
PreOrders: https://insanitymetal.com/shop/
DeLuxe Box: https://insanitymetal.com/product/pre-order-set-deluxe-box/