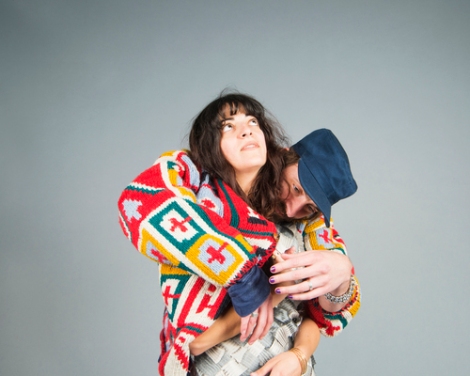 You can now watch Mass Gothic’s stunning new video for “How I Love You,” the standout from I’ve Tortured You Long Enough, which is out now worldwide on Sub Pop.

Mass Gothic’s Jessica Zambri says of the song, “The lights turned on for me. Committing to something can be relieving, even pleasurable.  I used to think I had to protect myself from anything that I perceived to get in the way of making music, but all that did was close me off. Whatever is happening I want to enjoy it. I wrote this song as a reminder to live and not be lived.”

Director Evan Fellers offers this of the visual, “I wanted to create strange realistic feeling environments that also felt a bit digital. I used a process called photogrammetry to grab a bunch of real-world elements and turned them into 3d models which make up most of everything you see. Anything from small rocks to large sections of woods, trees, moss, and dirt, to Jess and Noel.

“I knew I wanted to take the viewer through these different environments, but I wanted it to be more than just a camera flying around — something simple and purposeful, searching for something. I wanted there to be this feeling of a journey. I also wanted to trace specific paths through the environment I thought were pleasing. Creating a single red orb that illuminated the environment was a nice way to accomplish all of those goals with the story, and control the way in which I revealed each scene at the same time. The red orb also came to represent the voice of the song to me.”

Brooklyn Vegan says of “How I Love You”: “It’s a very cool video that suits the song’s ethereal vibe perfectly.”