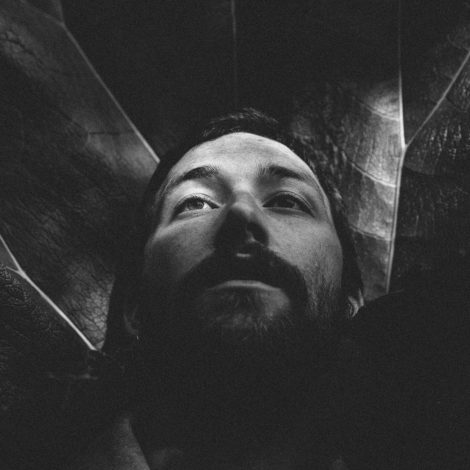 DJ, multi-instrumentalist, and visual artist Alle releases his debut LP Mara featuring a multifaceted mix of classical, indie and haunting electronic touches as well as a diverse team of producers, engineers, and fellow musicians. The album follows the first single, “Creatrincos Velve” which premiered via Self-Titled, who described it as “a perfect entry point into the project’s mix of melancholic electronic music and windswept neo-classical nods.” Mara is available now via Red Hyenas, a creative services venture which aims to pair visual and musical artists for original works.

The album, inspired by the eclecticism of old school mixtapes, opens with “Soot,” an indie rock piece with powerful drums and guitar work by Joey Rodriguez and Itaru De la Vega of Rumspringa. Ryan Hewitt mixed the song at East West studio 2, a favorite studio jaunt of the Chili Peppers.

“Klin,” a neo-classical number, is “a work in response to a condition developed by one of my friends that has caused him to lose his ability to create short-term memories,” Alle explains. “This work is very much about loops and stasis. All of the material for this work comes from an 11-note melody and a 10-note counter melody. The melodies are stretched, played backwards, and manipulated in various other ways to create all of the content in the work. The title was inspired by a trip I took to Klin, where Tchaikovsky lived in Russia. We went through his house and walked around the town. I grew up going to The ‘Nutcracker ballet almost every year as a child in Detroit. His music is deeply ingrained in my subconscious and is very important to me,” says Alle.“CoStar” features three members of Iron & Wine and was produced by Gordon Raphael. It was mixed in Philadelphia with Adam Samuels on a vintage API console “similar to the one he used to mix Warpaint and John Frusciante records,” says Alle who finds a lot of inspiration in the work of John Frusciante.
“Liver and Lung” has a mellow country twang thanks to pedal steel played by Paul Niehaus (Calexico). “Swallowing Silver” is a brooding, piano-driven song which is produced by Carlos formerly of Interpol. “We worked with Amir Yaghmai from the Voidz. The video is being directed by Agata Trzebuchowska who starred in the film Ida. This will be her first music video,” says Alle.“Creatrincos Velve” is a rustling number that would feel at home on a Radiohead album with its mixture of atmospheric electronics, melancholy piano, and gauzy vocals, while “Emerald Cold Strokes” is a haunting piece featuring autoharp by Alle.
The album closes with “Una,” a work dedicated to Alle’s mother. “We chose to work with Andrew Keener because of his production work on Arvo Pärt’s music. Ren Ford was chosen because of his cello playing on Keaton Henson’s Romantic Works. It took us a while to find an Ondes Martenot player. We were inspired by Jonny Greenwood’s There Will Be Blood soundtrack with the use of the Ondes Martenot,” Alle explains.

Constantly pushing himself creatively, Alle has already recorded LP2, Ruby Beach. Ruby Beach is slated for release in Summer 2019. In addition to his two albums, Alle is also presently at work on an electronic album and is planning a DJ tour in Spring 2019.