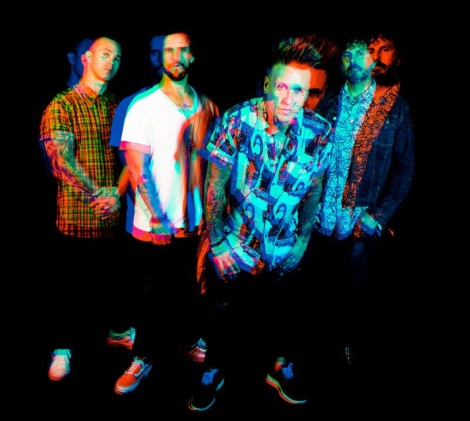 Papa Roach have announced a special run of five shows in their home state of California to celebrate their forthcoming 10th studio album. The band will close out this run with three very special shows at the landmark West Hollywood venue, The Roxy, presented by SiriusXM.

Jacoby Shaddix said “Its been so long since we’ve done some real intimate shows like this in California – Since 2009 in fact. We cant wait to show our California fans a bit of love they deserve. Sacto – SF – LA, they’re all in for a treat.”

Papa Roach have been praised by their peers in the rock world for achieving an “unlikely comeback”, nearly two decades into a storied career with a resurgence marked by their 2017 release, Crooked Teeth, which debuted in the Top 20 on the US, UK and Australian charts. Now just over a year later Papa Roach released two new tracks from their forthcoming 10th studio album,“Renegade Music” and “Who Do You Trust?” to both critical and fan acclaim. Loudwire explains,“[Papa Roach] are entering a new era of their career – a multitude of their former counterparts have either become nostalgia acts or fallen off the grid entirely, Papa Roach are finding ways to reverse their trajectory…The sky is the limit for a band who play their cards right and are willing to kick down a few walls.”

Tickets for these special Papa Roach shows will be on sale Friday, November 9th. For more information on tickets and all tour dates, visit www.paparoach.com