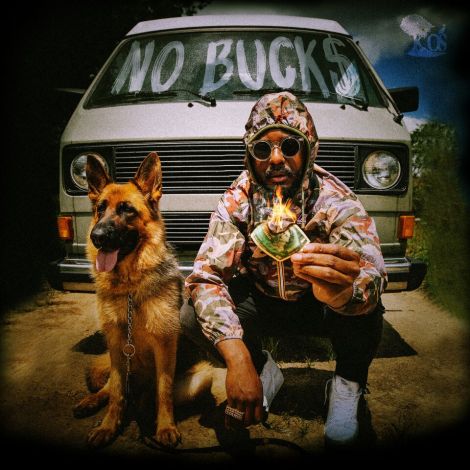 Toronto musician, Kevin Brereton, aka k-os, has been a renaissance man since he emerged in the early 2000s. He has won three JUNO Awards, earned a Grammy nomination, and performed at the 2010 Winter Olympics. Always one to push the envelope, k-os returns today with a new single –  No Bucks – an ode to staying true to his craft and doing the work for the love, not the money. Stream and download the track here.

In true k-os style, No Bucks is a mélange of witty wordplay and classic lyricism – “That’s why I don’t give a buck / And my rap style blacker than a hockey puck.” The song was conceptualized during a three-year hiatus when k-os stepped away from the music industry to deal with real life, which is why the single exudes undeniable authenticity.

You can catch k-os live tomorrow (Saturday, August 18) as he is set to headline Ponderosa Festival in Rock Creek, B.C. And stay tuned for more from k-os with a new EP on the way.