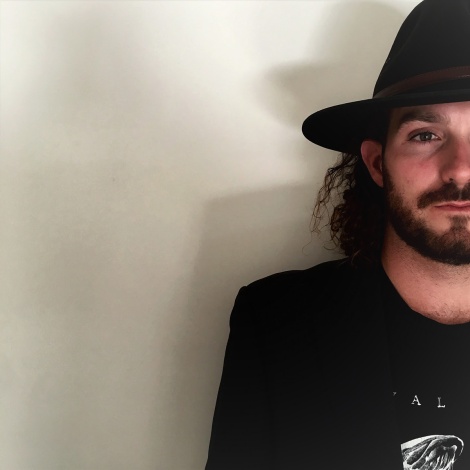 Pink Tea is a project from local Brisbane bloke Tom Murphy. In his mid 20’s with a lot of stories of past experiences to tell in the form of rock music, he uses a blend of ambient acoustic guitar mixed with sharp distorted electric, to tell tales of heartache and mental strains.

After the debut single ‘Send Me A Letter’ (released in 2016) picked up plenty of positive feedback from local radio stations around Australia (4ZZZ, Radio Port Douglas), Pink Tea has been working harder than ever for the follow up – honing in on a new skill set through live performances, musical production and arrangements in song writing.

The self titled Pink Tea EP is a powerful insight into growing up and reaching the final stages of maturing as a man and realising just how little you know. Each song has a common theme, terrible mistakes mixed with the revelations and positivity that comes with losing and finding close relationships.

It is made especially clear in the the lead single smoko and Social Graces & Melted Faces that mental health and healthy relationships are an extremely important focal point. smoko is a fast paced indie rock song with strong acoustic and electric rhythm guitars that bounce along to a 70’s inspired bass line.

Old Vines Don’t Make The Best Wine being the biggest, loudest track on the EP by far presents a strong theme of growing older and wiser as a person but keeping in mind how important it is to realise what you don’t know. Tea Party (Nadine) is the most personal and emotional song of all which reflects on quotes said by Pink Tea’s late Grandmother, Nadine. Atlantis (Sick City)grooves it’s way through an experience of feverish delusion brought on by the flu and intense feeling of helplessness felt when you are stuck down with sickness. All together each song has a deeply embedded meaning of self-realisation and growth.

It’s been a revealing, tough road to get to where Pink Tea is now. Beginning song writing back in 2014 in a basic as can be home ‘studio’ with no real goal or true understanding of music and how to use it, the ultimate potential of Pink Tea is only now starting to reveal itself.

The self titled Pink Tea EP was recorded entirely at Pink Tea’s home studio in Brisbane and has taken almost 6 months to bring together the perfect mix of songs. The EP showcases hard hitting rhythm guitars blended with soothing bass tones, dreamy synths mixed in with high flying lead guitar licks and powerful lyrics with a message.  Each song was written with a different inspirational band in mind with many influences such as Fleetwood Mac to Foals, M83 to The War On Drugs.

‘smoko’ will be in Digital Stores on the 26th of January The self-titled EP by PINK TEA will be released 9th of February.