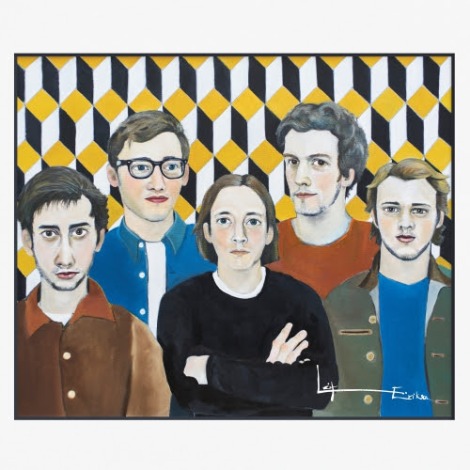 Leif Erikson, named after the Icelandic explorer believed by many to have been the first Westerner to reach the shores of America, have released their self-titled debut record with legendary Canadian record label Arts & Crafts today.

The London-based five-piece group pays tribute to the legendary explorer by way of songs that communicate an idea of escaping to a simpler, more innocent time. Their sound, described by Under The Radar as “sweeping, bittersweet… both luminous and melancholic,” offers a relatable soundtrack to listeners young and old, contemplating themselves and the surrounding world in a time of great debate with the current political climate. Leif Erikson’s lead singer Sam explains specifically that in the prominent single “Get Free,” “it’s a direct personal response to the way the political and media landscape has developed over the past year or so. A song like this is a chance for me to try and make sense of and communicate some pretty real fears and emotions I have about the future. It’s not meant to be all doom and gloom though, the music has a strong uplifting energy.”

Slowly honing their craft, members of Leif Erikson have been friends from school since the age of 13: firstly forming bands together, and later tailing off into other industries whilst, as the title of their debut track suggested, looking for signs. Now, the band has put together a proper collective of tracks, representative of their first completed expedition together, which includes a cohesive journey from their debut single “Looking For Signs” to the most recent release “Real Stuff” along with a selection of new songs that complete the cycle.

For more information visit the band’s Facebook at: https://www.facebook.com/leiferiksonband/