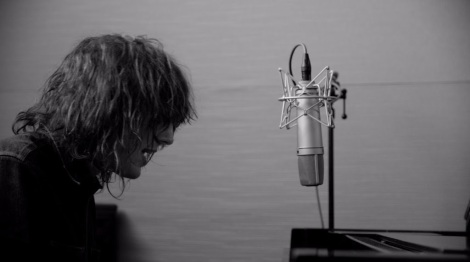 Kyle Craft has shared a beautiful cover of Leonard Cohen’s “Chelsea Hotel #2”, which was filmed at the former Blade Studios in Shreveport, LA. The cover was shot and edited by Evan Falbaum of Moviesauce and Produced by Landon Lloyd Miller of Moviesauce.  WXPN’s The Key blog premiered the visual earlier today, and said, “On his version of the song, Craft brings a tender, intimate touch to the song.”

Kyle Craft’s thoughts on why he recorded “Chelsea Hotel #2”:

“Chelsea Hotel #2, the way Cohen delivers it, it’s through a window into another time and the further we get into this thing, the future, the more I feel like a stranger.  When he died, I felt very alone…as I’m sure many people did.  The song is for him, for Patti Smith, for Dylan…for everyone who inspired me to write and for a time and place that seems so foreign now.”

Kyle has scheduled a handful of shows throughout May & the summer months, including a special solo acoustic show as a follow up to his sold out performance last summer at New York’s famed Mercury Lounge.  From there, he will head to Philadelphia to participate in the annual NonComm Convention hosted by WXPN at World Cafe performing alongside The Pixies, Real Estate, and Laura Marling among others.

Kyle will then head back to the Northwest for an appearance with his full band at Sasquatch Music Festival May 28th. He’ll follow that with a solo performance opening for Donnie Emerson (Donnie & Joe) on June 24that The Secret Society in Portland. And later this summer, he’ll perform at the Capitol Hill Block Party in Seattle on July 21st. Kyle is currently at work putting the finishing touches on the follow-up to Dolls of Highland, his Sub Pop debut, due out in 2018.