Brooklyn-based rock & rollers, Skunkmello, have finally released their new album, Hot Chicken. Having criss-crossed the country and graced the stages of national venues and music festivals, including SXSW, CMJ and Musikfest, Skunkmello have left a trail of “raw, devil-may-care storytelling.” (Ryan’s Smashing Life)

Skunkmello leading into their fourth studio album is out now and tonight you can see them live for the LP release. 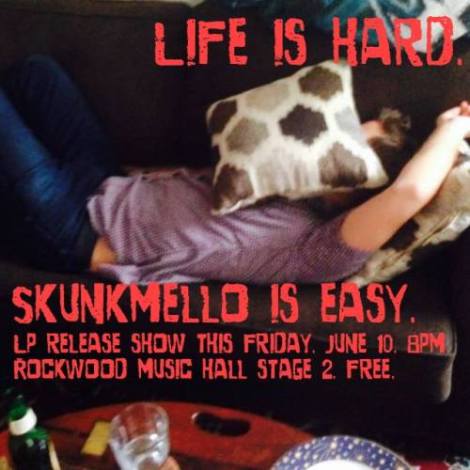 For More Information on the band: