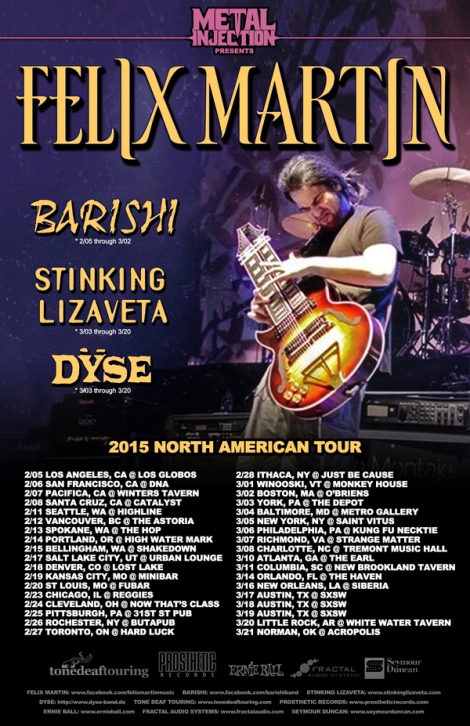 Combining a unique fusion of progressive metal and jazz with impactful world and funk influences, FELIX MARTIN is excited to share the news of his upcoming headlining tour throughout North America! Starting onFebruary 5 in Los Angeles, the six week trek will span across the US including three appearances at the annual prestigious music festival South by Southwest (SXSW). Joining MARTIN on the first leg of the journey will be Vermont’s Barishi (appearing 2/5 – 3/2), while the latter half will be supported by Philadelphia’s Stinking Lizaveta and German noise rockers Dyse.

Prior to the upcoming tour, MARTIN will be seen featured at the annual National Association of Music Merchants (NAMM) conference in Anaheim, Calif. later this month performing at the outdoor center stage. MARTIN is currently endorsed by Seymour Duncan and Ernie Ball. For more information, please visit www.felixmartin.net.