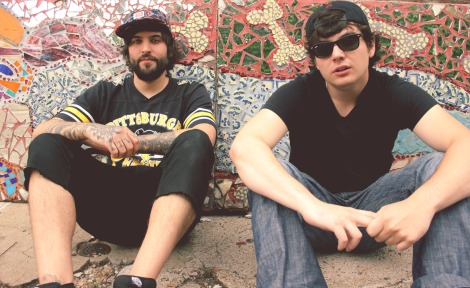 The newest duo of noisemakers out of Pittsburgh are LeMoti, and they’re wasting no time making their name known to the outside world. Having only self-released their previous material, the tandem eagerly prepare to debut their first label-backed EP on December 15 via Stylust Beats’ imprint, Sleeveless Records. Entitled Hush Money, the collection of five original tracks hosts features from the likes of Canadian future bass producer, Knight Riderz plus Most Dope and Taylor Gang-affiliated rapper, Beedie. The lead single “Hush Money” marks only the tip of the iceberg for the sounds explored on the EP, providing a richly detailed and genre-melting journey through the world of bass music, as explored through the minds of the fearless LeMoti.

Similar to other bass music experimenters like G Jones and Minnesota, LeMoti pride themselves on an unconventional approach that both explores and ignores the boundaries of genres. This flair for experimentation is not measured simply by their music, but also with their highly-polished performances, which feature live implementation of synthesizers and hardware from their studio. Equipped with this knack for the non-conventional, LeMoti found themselves booked across the U.S. this year, playing some of North America’s most noteworthy festivals, including Burning Man, Shambhala, Emissions, and Lucidity.

Primed for the long-term, LeMoti have carefully honed their craft over the years to a point where it is quickly reaching critical mass in captivating audiences wherever they go. Looking into the near future, the duo has also confirmed a future release with Austin-based label,Gravitas Recordings, set to drop in early 2015. Their sound refined and forward-thinking, the duo have their sights set on leaving an indelible mark on the world of bass music in 2015 with a creative approach that draws on a mind-bendingly wide array of influences.