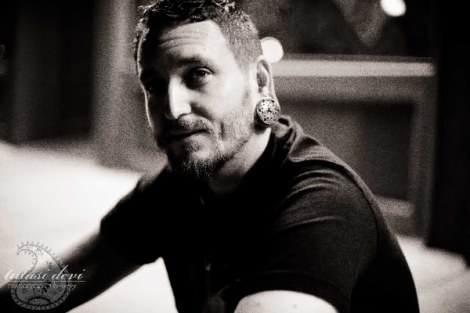 Bluetech will hit the road this fall for a 10-day Mid-West tour including stops in Minnesota, Wisconsin, Michigan, Ohio, Chicago and Denver just to name a few. A consummate performer with over 13 years performing under his belt, Bluetech is revered as one of the leaders in the down-tempo movement and will be on tour in support of two consecutive studio releases this year including Spacehop Chronicles and Cosmic Dubs – both of which dominated independent release sites such as BandCamp for over a month surrounding the release.

Ambient producer Bluetech is best known for marching to the beat of his own drummer and has seduced fans with his unique take on downtempo, future bass, and progressive electronic music throughout his career. Rife with emotional intent, and polyrhythmic percussion, Bluetech is revered for producing honest music that is as deep as it is moving – perfect for meditation, yoga or sacred movement of any kind. Likewise, his music has been featured in a number of Independent Films including Sacred, Sacred and Occupy Love.
During his tenure, Bluetech has released 18 albums, topping the downtempo charts and leading the way for ambient producers nationwide — all the while, setting the standard for live downtempo around the world.While not on the road, the producer has also been building his own home and recording studio with his bare hands in the rural jungle of Hawaii. The project includes an off-the-grid roof water catchment system, solar and a permaculture gardens for the farming of ecologically friendly foods and fruits for guests who wish to book the recording studio for extended stays. A perfect container for creative archetypes, this is just one example of how Bluetech strives to set an example though action.Bluetech will set out on the fall tour on September 20th with festival performances booked at the Great North Music & Arts Festival and the Resonance Music & Arts Festival. He will end the tour at The New Parish in Oakland on October 17th – his first performance in Oakland since 2005.