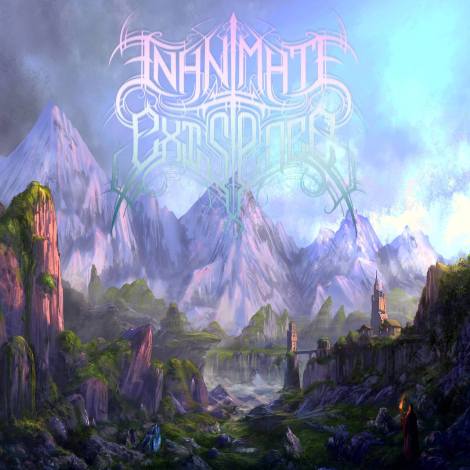 The sole reason one refines a fancy for technical death metal is because they like the concept of challenge. As a listener they like the challenge of deciphering the obscure poly-rhythms buried under obtuse melodies, they crave watching the band challenge established standards of musicianship and artistry. This genre staple leads to innovation, but leaves little frame to focus  anything but cookie cutter lyrics about “evil” or “brutality”. On average this afterthought at most only gets as creative as “evil brutality”, as long as it fits into the music and sounds cool. The polar opposite of this of course, is when a band slips over the edge story wise and we end up with Swallow The Sun’s 30 minute “Plague Of The Butterflies”. Admirably, that is a black metal band (and I liked the album), but one can only pass off the same power chord as atmospheric in a 30 minute song. With that contrast in mind, A Never Ending Cycle of Atonement is is a medium rare, savory steak for the literary minded. Inanimate Existence mindfully balances storytelling and lyrical theme with songwriting and technical prowess. A Never Ending Cycle of Atonement (hereafter referred to as (ANECoA) is a tastefully seasoned piece that rewards the listener that seeks to be challenged.

Just like their surprisingly mature 2012 debut Liberation Through Hearing, all of the lyrical subject matter is inspired by Tibetan folk culture and Buddhist theology. In short, it is a tale of the universal destiny bestowed on a tribal man named Tenzin. Tenzin is burdened with the quest to destroy the evil that sleeps in the center of the earth, which has made the mortal plane inhabitable and is responsible for his wife’s death. Tenzin is the thematic axis point for ANECoA’s metaphysical discussion. This sets an Odyssey level of standard in storytelling within the genre, without simplifying a single bar of songwriting. Each song is a ballad of ruthless riffs, asymmetric melodies and atmospheric contrast that build a long term feeling of epic excitement. Every track is as unpredictable as Tenzin’s metaphysical journey. Calculated cacophony of irregular percussions abruptly break in favor of softer, jazzier tempos. Hostile, headbanging riffs are broken up by the contrasting clean sweeping arpeggios, that are contrasted the ominous rhythm and vocals. In every track this turbulent journey is usually resolved within the tracks ‘bridge’ segments where everything converges into some extremely grooving, heavy pieces, which really are textured resolutions. The best examples are most definitely Bioluminescent Photopores, Staring Through The Fire and Out of Body Experience.

During my initial play through I inwardly digested EcoA “Cynic’s penchant for philosophy with Ring’s of Saturn’s flavour of chaos”. I later learn that this is because band’s line up is completely stacked with veterans like Ron Casey (who was in ROS when they wrote their debut album), as well as Riley McShane (ex- Sons of Aurelius) and Cammeron Porras (ex-Flesh Consumed). While Joel Guernsey and Scott Bradley are currently of lesser fame, they are incredible musicians and will inevitably be known widely as such. The only minor critique I have is that for an album so bound by lyrics, the vocal clarity was somewhat underwhelming. That aside, EcoA is a work that definitely warrants purchase, audiophilia and perhaps a live play-through, start to finish.