Tokyo Police Club teased the new album just before the New Year with an innovative video for the track “Argentina (Parts I, II, III).” Furthermore, the lead single “Hot Tonight” is streaming now

The album will be available for pre-order via iTunes January 14. 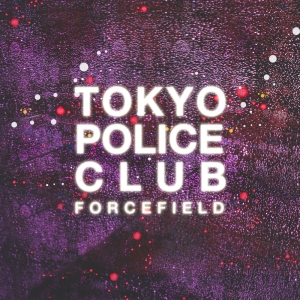 Forcefield is produced by Doug Boehm (Dr. Dog, Girls) and David Monks (vocals, bass). Of the new music Monks notes, “Since writing started for Forcefield in mid-2011 there have been so many trends and every kind of ‘wave.’ We saw them all come and disappear or change into something broader. It left us wanting to make something that would last. We ended up re-discovering energy and guitars and simple, direct songs. There was certainly a lot of pressure to take the music somewhere new and there were lots of opinions about how to do that, but in the end we blocked all that out and followed our instincts. I think that’s what Forcefield is—it doesn’t matter what else is going on out there, the music just has to be honest and have a real feeling to it.”

Tokyo Police Club is Monks, Graham Wright (keys), Josh Hook (guitar) and Greg Alsop (drums). Bursting onto the scene in 2006 with 16 minutes of music—A Lesson In Crime EP—that garnered an ecstatic response, the Newmarket, Ontario quartet has never looked back.

Their first full-length album, Elephant Shell was released in April 2008 and was preceded by multiple sold-out shows, as well as appearances on “The Late Show With David Letterman,” “The Late Late Show With Craig Ferguson” and “Desperate Housewives.” Since that time, the band has kept to the road relentlessly, with a slew of headlining gigs both in North America and internationally, along with various festival appearances including a Coachella main-stage slot. In addition, the band has supported the likes of Passion Pit, Weezer and Phoenix.  www.facebook.com/tokyopoliceclub