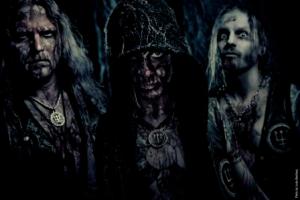 We are proud to reveal the first ever video for WATAIN. The song “Outlaw” is taken from their latest album, The Wild Hunt, which came out in August 2013 through the band’s own label His Master’s Noise via Century Media Records.

The video is produced by WATAIN and Johan Bååth, who already directed the band’s Opus Diaboli DVD in 2012. You can watch the “Outlaw” below

WATAIN comments: “The ‘Outlaw’ video is a knife stab in the face of today’s clean and witty metal scene and yet another step for us to bring back something real and extreme into this limping music movement.”

On www.templeofwatain.com, fans can read a short interview with front-man Erik about the ideas and inspiration behind the video.

The full experience can be witnessed live:

More dates to be announced soon!