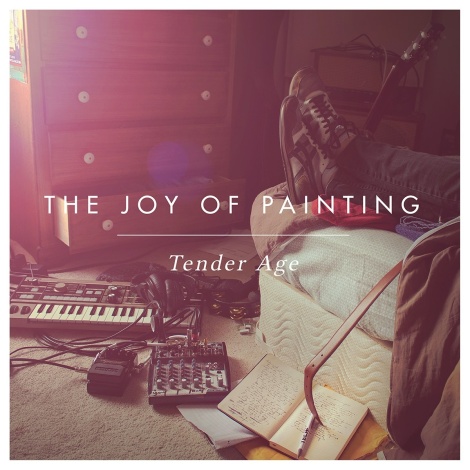 When I first heard about The Joy Of Painting I first thought of the show “The Joy of Painting”  which was an American television show hosted by painter Bob Ross. South Division Records’ garage rock artists The Joy of Painting released their sophomore album titled, Tender Age. Featuring the already hit single “Dontchu Wanna”,  alongside with six other pop-y rock tracks that are upbeat, danceable, coupled with infectious hooks are perfect for the fun. “Dontchu Wanna”  and “I’m Reelin”  would be my top tracks off of this, small but sweet release.  Their upbeat acoustic guitar and feel good tone of the vocals has given me an uncontrollable smile injection. Not my usual cup of tea, I was pleasantly surprised from start to finish with their track “I’m Reelin”.  Whether it was by the instrument choices or the unexpected melody in the chorus, I fell smitten with this track. Other highlighted track would be, “Back To Romance” – which not your a-typical love song. It’s more upbeat than I expected from the title, but it’s got tell-tale rock and roll bones so it gives a sort of a nostalgic feel to a pop vibe. Every track seems to be an anthem in disguise, with this bluesy structure and rock attitude that can’t be missed. Pulling inspiration from such icons as Elvis Costello, Weezer and Butch Walker, this release gives the band an opportunity to find a home in the pop genre while walking the balance beam between grit and blithe indifference. 3.5/5 Dragons