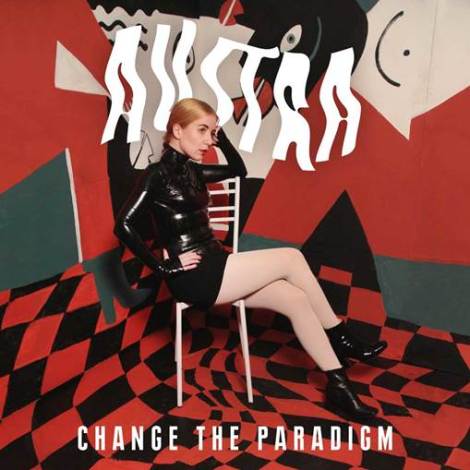 In January of this year, Austra released Future Politics, the critically lauded fourth album from the Canadian synth-pop group. Before the year is out, Austra have one more track to share, “Change The Paradigm”, a Future Politics B-side.

Singer Katie Stelmanis on “Change The Paradigm”: “I wish Change the Paradigm had made it onto the record because it directly embodies what I wanted to express on Future Politics – that the most powerful tool we possess for creating a better world is our own imagination.

Future Politics was written in a much different climate than what we have today. It’s been difficult to stay positive, but for me the possibility of what lies ahead is not only a weapon of potential, but a source of comfort and faith. We have to believe in the future and our own power to invent it now more than ever!”

To wrap up the year, Austra are playing one final show in their hometown Toronto at the Velvet Underground this Thursday, December 14. Tickets are on sale and available for purchase here.