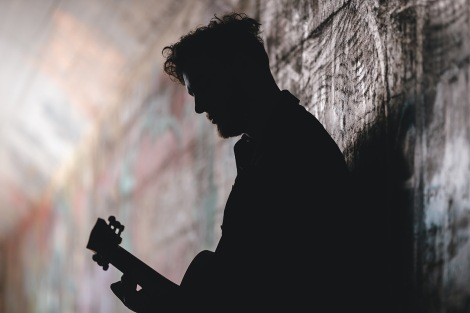 Carrying the tradition of the pioneers of popular song, anseo continue to push out from the shadows of the cover gig circuit with their evocative second EP, lead single Deadbeat is an intimate and sensual invitation.

Combining a love of moody synths and airy harmonies with an understated groove, Deadbeat is, above all, an expression of our desire to truly know the people we love. We can give them warmth and compassion, but not always empathy. With the earthy approachability of Matt Corby and the ascendent charm of D’Angelo, singer and songwriter Luke James Smith’s falsetto imparts the respect and trust needed on a fleeting trip through the inner workings of someone’s mind. The EP as whole, with the intoxicating flow of Afterglow and the stripped back Stay, is seductive for it’s blend of indie-rock vitality with R’n’B sensibilities.

Deadbeat, along with the rest of the 4-track EP, was recorded at Forbes Street Studios in Sydney with engineer Dan Frizza, who has worked with the likes of King Princess, Amy Shark and Bernard Fanning.

In Irish, anseo translates as here, or present. It was chosen as a reminder not to always look pensively ahead at the unknown, to live for the moment, to never forget that creating music is more about loving the ride than reaching the destination.

As a solo musician, Luke James Smith had been writing, recording and performing acoustic gigs for several years. Beginning in pubs and clubs around Sydney, then eventually at venues all throughout the East coast of Australia, he was working on material and honing his craft in front of live audiences. Then in 2018, Luke brought together a live band to record anseo’s debut single Save Me, Katie, which was released on Spotify and iTunes, with a 5-track EP Delusions of Grandeur coming soon after. Much like the those before him who gigged heavily before working on their original compositions, this follow up EP Wilder Shades, is strengthened by Luke’s extensive experience as a performer. These four songs that explore the intrinsic value of love and loss, is due to be released on 25th October 2019.

The ‘Wilder Shades’ EP by anseo is out 25th October.