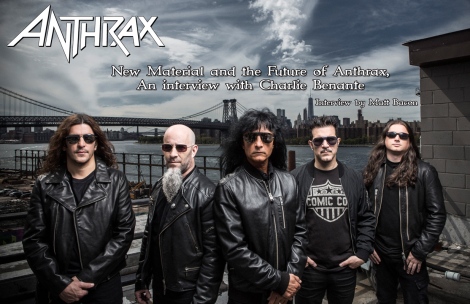 Charlie Benante is a good dude, a dude who represents the heart and soul of Anthrax and has spent a lifetime cultivating and sharing the music he loves. We got a chance to talk with him about upcoming new material beyond their new record and the power of music.

How is it doing a day of interviews like this?

Charlie: Sometimes I get sick of talking about myself!

I was kind of curious… I thought you all lived in New York when did you move to Chicago?

Charlie: I moved out here a couple of years ago, it’s a long story!

Charlie: You said that, I didn’t! (Laughter)

Well how did the archiving thing start?

How do you store it all?

Charlie: We have a storage space which is sort of like a really big attic.

Somewhere in Chicago there is an Anthrax lair?

Has there ever been a dream of doing an Anthrax museum?

Charlie: No, but that’s way over the top. It would be fun though.

I was really impressed with the new record, now that you’ve had it in the can for a while how do you feel about it?

Charlie: I love it. I really do. I think it’s an achievement. Believe me, I feel so fulfilled with my own contribution to the band. Before even writing one of these songs I was a little worried the songs wouldn’t come and then they did. I always say that after the sixth song is written I can breathe a little easier because we are well on our way.

You wrote twenty for this album though…

Charlie: That was the goal. I didn’t want to do twenty bullshit songs either, I wanted to do twenty really good songs. There are twenty songs but not all of them are finished lyrically and stuff.

Is there a chance of getting an EP or something next year?

Charlie: I think something like that could evolve. I could see us going back and finishing those songs and doing an EP. I don’t want to make everyone wait for another full length. I would love to do another one of those Anthems and maybe put two new songs with that.

Of the seven remaining how many do you think could come out?

Charlie: There’s three good ones, really good ones that are not quite finished yet but one of them I know is being worked on now with something else in mind for it.

That’s really fascinating… this was your first time writing this much material right?

Charlie: Correct. I don’t know why it just flowed so much this time but I was really inspired. I was just happy that it was coming out. I didn’t fight it I just went with it.

It must be encouraging that thirty three years into being a band you could suddenly have this giant creative windfall.

Charlie: That’s exactly what I thought! I was just so thankful that it was happening!

Something I was curious about, obviously the carpal tunnel thing sucks, but what is your relationship like with Jon Dette?

Charlie: Great. I love him Great drummer. I’m very thankful that he exists.

How did he become the go to backup drummer for the Big Four?

Charlie: Well a few years ago my mom got sick so I missed some dates to be there with her and our normal guy couldn’t do it so we asked Jon to fill in and he did. Once Jon joined the band from Shadows Fall I think the others guy thought it would be weird to have two backups so they asked him to continue being the backup. That’s how that went.

The album art is I think my favorite Anthrax art thus far, where did the inspiration for that come from?

Charlie: I was having coffee with Alex Ross and talking about concepts and if he would be into doing it. I told him a few of the concepts that I had. One or two he didn’t get excited about but this one he was like “I think you’ve got something” and we kind of bounced off of each other after that. Once he had the concept in his head I was like “That’s perfect!” He did an awesome job, he took my idea and made it come to life.

I’m looking at it right now, and the details blow me away.

Was there any significance as to how the statues were lined up?

Charlie: That’s a pretty funny story in itself. Originally I had the statues going across. Alex said “No, no, no.” There were two things he brought in. First was the arrangement of the statues and also that the statues were the band. Originally I didn’t want it to be the band but he insisted so I went with it. If you look at the formation it kind of is in the order that each guy came into the band pretty much.

Have you considered doing figurines?

Charlie: That hasn’t come up yet but I wanted to do a chess set. I think we kind of squashed that and now it’s going to be a poker set. I think a chess set would have been killer.

I wanted to ask – have you been able to look at the Hellfest line up?

You’ve played it before right? What did you think?

Charlie: I think it’s one of the better festivals. I think it may have more meaning this year due to the fact that Paris was under attack. The security will probably be pretty beefed up.

Are you concerned about going back to tour Europe with all that happening?

Charlie: Yep. It’s bad enough that we all have a fear of flying and throwing this other shit into the mix makes it a little harder. 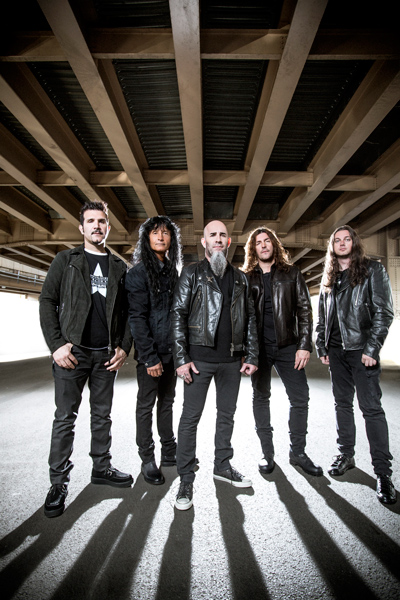 What does this mean for the future of Anthrax?

Charlie: The same thing it means for all people doing what they love to do, making a living and enjoying life. It just means that there’s going to be a bunch of assholes trying to f*ck it up for you.

Charlie: It just makes my day. It gets me through. It puts me in a better mood. I think music in general helps a lot of people with their everyday lives. I wish more people would get absorbed into it and try not to let that f*cking outside life that is sometimes depressing them or making them act out and hateful and instead just listen to Iron Maiden and just mellow out and enjoy it.

Any final words of wisdom for me? 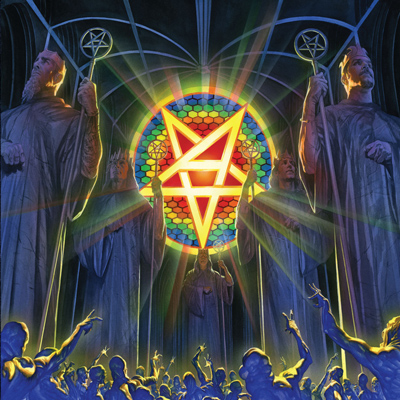 Anthrax latest album ‘For All Kings’ is available for pre-order via iTunes, and other retailers. Release date is February 26th, 2016 so be sure to pick up your copy. Also Anthrax is currently on your with Lamb of God then on tour with Iron Maiden in South America. After that they will be at various festivals. Please visit their website and social media to find details and follow them on the road. 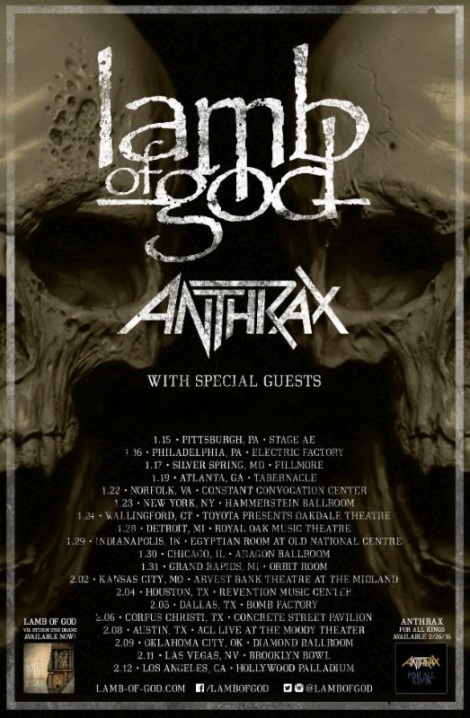