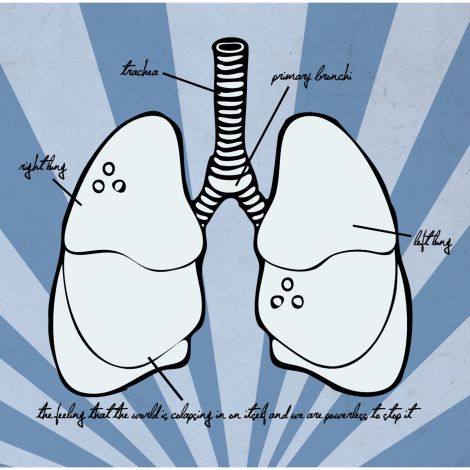 And here we have the second offering from the English instrumental band Maybeshewill, showcasing the brilliant electronic sampling and instrumental style they conquered in previous work. Known as the groups break from post rock, this album started off incredibly intense and ended with serenity. The only real word to describe the last titular track Sing the Word Hope in Four Part Harmony is, well, beautiful. Melodic and soothing, this song features one of the group’s finest use of piano with brilliant concord to boot. But I’m getting ahead of myself.

Formed in 2005, Maybeshewill released Japanese Spy Transcript shortly after and since then has spent most of their time mastering instrumental rock. What makes this album unique is their departure from the genre, exploring a somewhat heavier sound that could almost be described as metal. Though it contains only eight tracks, the album is packed with power and makes for a hair raising listen and is arguably one of their most passionate compositions yet. Co-Conspirators and Last Time This Year almost seem punk, while How to Have Sex with a Ghost is ample with guitar and percussion. Though the album is easily accessible to newer fans, it provided a startling change in style to older followers who had grown accustomed to their gentler sounds. Despite being extremely out of their element, the transition from soft to supreme was made with ease and I look forward to them reconnecting with their darker side in the future.